Researchers in Germany claim to have found the first pair of mammalian eyes that can ‘see’ magnetic fields, in a growing but still mysterious area of research into a possible ‘sixth sense.’

Scientists have long-suspected that animals like birds can somehow sense magnetic fields and use them to navigate, while a new research indicates that dogs also navigate using a similar pseudo-extra sensory perception.

One recent study suggests that magnetotactic bacteria living inside animals might explain this uncanny ability. Some scientists even posit that humans may possess a magnetic sixth sense.

Despite all of these intriguing theories, science still can’t explain what biological mechanism underpins this strange ability to ‘see’ magnetic fields.

Now, however, researchers from the University of Duisburg-Essen in Germany studying the rather unusual Ansell’s mole-rat (Fukomys anselli) propose another means by which animals might navigate in the darkness.

These furry, subterranean cylinders with gigantic teeth that stick out over their closed lips always nest in the south-eastern part of their den.

Their eyes measure just two millimeters in diameter, and are largely used to distinguish between light and dark but not much else.

“They do not orient by vision,” zoologist and lead author Kai Caspar says. “Vision is more or less completely unimportant for them.”

To test out exactly how these mole rats made their way through the mucky, murky depths they call home, scientists surgically removed the mole-rats’ eyes (a process called enucleation).

Tests performed on these same animals 18 months later confirmed that the enucleated animals behaved no differently than the other captive mole-rats who still had their eyes.

The researchers then created nesting grounds in which they could precisely control the magnetic field to test the two groups of animals’ homemaking capabilities.

The control animals who kept their eyes nested as normal but those who had them removed nested in seemingly random locations, indicating that, whatever the specific mechanism responsible for the magnetic sensitivity, it is located in the eyes.

“We conclude that the removal of the eyes led to a permanent impairment of the magnetic sense,” the team writes. “Our study is the first to identify a magnetoreceptive organ in a mammal.”

Caspar proposes further, detailed examination of the mole rats’ eyes using electron microscopes to figure out exactly where the elusive magentoreceptors are located and how exactly they function. 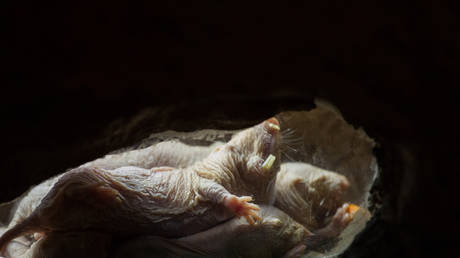