The French foreign ministry has said that a great deal of effort is still required to bring Iran and the US back to the 2015 nuclear agreement, as time runs low and “significant disagreements remain” between the parties.

In comments from a press briefing published on Tuesday, the ministry said there had been some initial progress in talks between the signatories of the Iran nuclear deal after parties returned to the negotiating table – some indirectly – in Vienna on May 7.

However, it said important differences persist. “Significant disagreements remain on some key points to reach an agreement which would allow Iran and the United States to return to full implementation of the JCPoA (Joint Comprehensive Plan of Action). Much remains to be done in a very tight time span.”

The statement says there is broad agreement that a deal should be reached with the utmost “urgency” and that France, along with its E3 partners (the UK and Germany), will play a leading role in discussions.

The ministry said the UN’s nuclear watchdog, the International Atomic Energy Agency (IAEA), and Iran will need to negotiate an extension to their existing deal on verification and monitoring activities. The agreement, which was signed on February 23, runs for three months.

The Vienna talks aim to restore the 2015 nuclear pact that former US president Donald Trump unilaterally left in 2018. Iran is demanding that the Trump-era sanctions against it are removed, while Washington insists Tehran must first return to its commitments under the deal before the US will lift the measures.

In April, Iran said it would increase its uranium enrichment to 60%, far higher than the 3.67% level agreed on in the 2015 pact but less than the 90% level that is considered weapons-grade. Tehran’s decision was a response to an alleged attack on the Natanz nuclear facility, which it claimed was carried out by Israel. 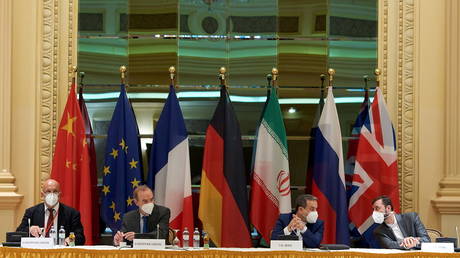