China’s technology hub of Shenzhen will require that workers take paid leave, the local legislature has decided, to protect the physical and psychological health of employees.

Lawmakers in the southern Shenzhen City have approved a new health code enforcing paid leave. Employers must implement the rules so that workers “with a heavy mental and physical workload can avoid excessive burnout,” the city’s work committee said.

The decision to promote compulsory paid leave, which will take effect on January 1, is the first such law in China, and other parts of the country may follow suit.

Shenzhen, the city with the largest migrant population in China, is known for its numerous tech startups and long work hours. Many Chinese people even use the term ‘Shenzhen-style working overtime’ to describe work overload.

The new code requires employers to make arrangements for work schedules and allow all workers to take vacations.

Currently, almost 40 percent of the employees prefer to give up paid leave, “fearing it might impact their promotion or a pay raise,” according to a survey from the Nanshan Hi-Tech Park in Shenzhen.

But it’s not clear how many days of paid leave “staff” should take, and the law does not determine the status of contractors.

All employees in China also have time off during the Lunar New Year and national holiday weeks in October, but the tech sector is notorious for its ‘996’ culture, meaning working from 9am to 9pm, six days a week.

Alibaba Group’s chief, Jack Ma, was slammed last year after praising 996 culture and was forced to make a U-turn later. 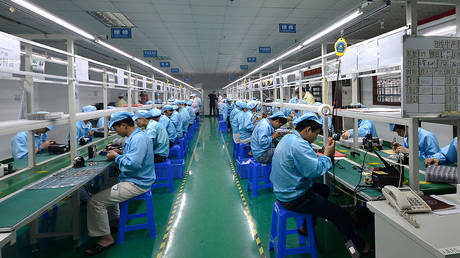