Shares of the French video game company Ubisoft have seen a huge drop in value as multiple top executives parted ways with the company plagued by numerous allegations of sexual misconduct and harassment.

Ubisoft shares dropped nine percent on Monday, following the announcement made over the weekend that three top executives would be leaving as a part of the drive to try “improve and strengthen its workplace culture.”

The high-profile departures include the global head of human resources Cecile Cornet, as well as Yannis Mallat, who led Ubisoft’s Canada division that has faced a particularly large number of allegations of misconduct.

I think they are missing the point of actually doing the work even if it’s hard or inconvenient. 🤦‍♀️ https://t.co/87qGUVqpCK

The most high-profile figure affected by the purge is the now former Ubisoft chief creative officer and co-founder Serge Hascoet. The top manager is said to have been one of the most influential people in the company, retaining a final decision on greenlighting a game or abandoning its production.

According to anonymous sources of the French newspaper Liberation, Hascoet has been accused of creating a hostile work environment in the company. The accusations include “toxicity, misogyny and homophobia,” while his management style is described as one of “crushing others.” Most company staff reportedly used to view Hascoet as “untouchable.”

Earlier this month, the company also parted ways with its vice president Maxime Beland, who faced allegations of workplace abuse. Another senior executive, Tommy François, has been placed on disciplinary leave while the company reviews the allegations against him.

Ubisoft has also fired an unnamed employee of its Toronto office for “engaging in behaviors that do not align with what is expected” from the company’s staff.

The video game giant launched an internal investigation in late June, in the face of a wave of sexual misconduct allegations against its employees. Ubisoft said it enlisted the “support of specialized external consultants” to help with the probe, yet it has kept silent on whether it actually yielded any results. Except for the unnamed Toronto employee, all the aforementioned managers have resigned from Ubisoft voluntarily.

Allegations of sexual misconduct and abuse, which have dominated the Western political and media landscape the past several years, now seem to have spilled over into the gaming industry. Paradox Interactive, Techland and Gato Studio all recently decided to end their ties with American writer Chris Avellone, after he faced sexual assault allegations. The popular streaming platform Twitch has also been dealing with a storm of misconduct claims. 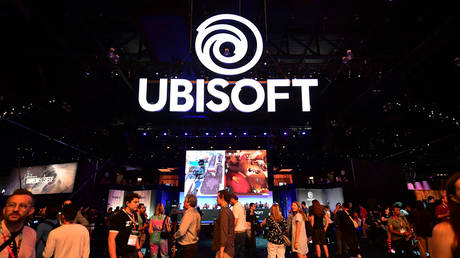 Brits WILL be forced to wear face...

BT warns it will take a decade to...