Ten thousand Yemeni children have been killed or injured since a military coalition led by Saudi Arabia intervened in March 2015 after an Iran-aligned group ousted the government, the United Nations children’s agency UNICEF said.

Speaking on Tuesday to a UN briefing in Geneva, the agency’s spokesperson James Elder shared the “shameful milestone,” remarking that the number of 10,000 deaths or injuries of children accounts to “four children every single day”.

“These are of course the cases the UN was able to verify. Many more child deaths and injuries go unrecorded, to all but those children’s families,” he added.

Elder also unveiled other grim statistics on the reality Yemeni children face, revealing that four out of every five kids need humanitarian assistance – over 11 million youths. The spokesperson also said 400,000 minors suffer from severe acute malnutrition, while 8.5 million women and children do not have access to safe water, sanitation or hygiene.

However, “at the current funding levels, and without an end to fighting, UNICEF cannot reach all these children. There is no other way to say this – without more international support, more children – those who bear no responsibility for this crisis – will die”, he warned.

Yemen was plunged into a Civil War in 2014 when Iran-backed Houthi rebels captured the capital of Sanaa. Saudi-led forces then swooped in March 2015.

The conflict has ravaged the nation and its people. The UN’s High Commissioner for Human Rights Michelle Bachelet described Yemen as the “world’s worst humanitarian crisis” earlier this month ahead of a narrow vote that saw the United Nations Human Rights Council end the mandate of experts investigating war crimes in the country. 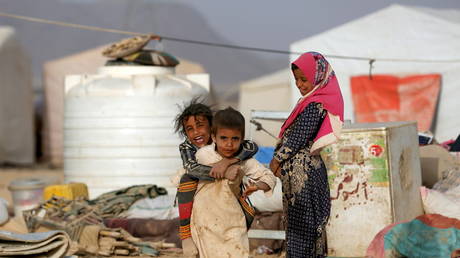