The UN’s top media-rights official has warned that South Korea’s “disproportionate” anti-fake-news bill undermines the freedom of journalists and will impose self-censorship on the press.

Irene Khan, UN Special Rapporteur on the promotion and protection of freedom of opinion and expression, sent a letter to the South Korean government urging it to amend the media bill currently being debated in the country’s parliament.

If passed as written, the bill “may severely restrict the rights to freedom of information and of expression of the media,” Khan wrote, calling the legislation “utterly disproportionate.”

Under international human rights law, the prohibition of false information is not in itself a legitimate aim to restrict freedom of expression.

The bill could “result in self-censorship by the media,” the UN official wrote. She urged Seoul to respect the 1954 International Covenant on Civil and Political Rights, signed by South Korea in 1990.

The bill, pushed by the ruling Democratic Party of Korea (DPK), seeks to make media outlets liable for major punitive damages if they deliberately publish false information or act in a “grossly negligent” way.

DPK officials argue the change is needed to protect individuals and the public from malicious disinformation. They planned to pass the bill on Monday, but postponed the vote to September 27 due to backlash from the opposition, domestic and international media rights groups.

In a similarly worded statement, the International Federation of Journalists (IFJ) said that “by creating undue penalties for incorrect reporting, this bill threatens to create a climate of fear among Korean journalists.” 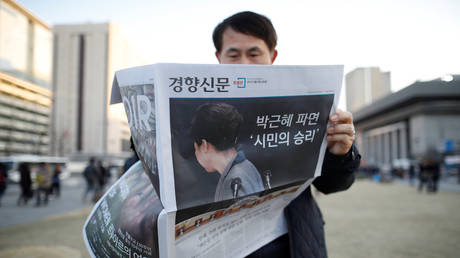