A cargo plane carrying food, motorbikes and cash crashed shortly after takeoff from the airport in the South Sudanese capital of Juba. Four passengers and three crew have been confirmed dead.

The Antonov An-26 aircraft was travelling to the city of Aweil in the northwest of the country. Videos and photos circulating on social media show smoke rising from the pieces of fuselage strewn across the crash site.

Antonov An-26 cargo plane crashes after takeoff from Juba Airport, South Sudan. At least four occupants on board have died. https://t.co/Mr5k1wmi9V pic.twitter.com/zFANu5KIkX

“There were eight people on board, three passengers and five crew. A single person from among the passengers survived and she is in good health,” Transport Minister Madut Biar Yol told AFP. “The four other passengers and the three crew members are dead.”

Aijeu told the Xinhua the aircraft was carrying motorbikes and food, as well as money to pay the salaries of NGO workers. The Aviation Herald website also reported that the plane was loaded with cash intended for “wages.” A witness told the media that people on the ground rushed to collect the money scattered across the wreckage.

In 2017, an An-26 passenger plane coming from Juba caught fire after landing in the city of Wau and, despite the aircraft being completely destroyed, all 45 people on board were rescued. A more tragic incident occurred in 2015, when an An-12 cargo plane crashed shortly after taking off from Juba, killing 37. 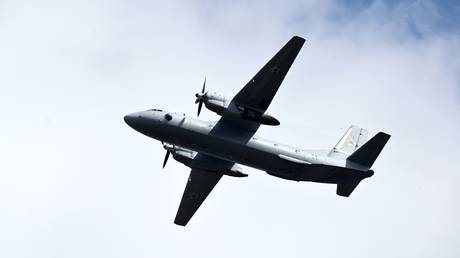 'The family has not received...