Seoul Mayor Park Won-soon has been found dead in the north of the South Korean capital, according to police. A major search was launched on Thursday after he disappeared, with his cell phone turned off.

Park didn’t show up to work on Thursday, prompting his family to alert the police. The mayor had his cell phone switched off, and reportedly had left a message resembling a will.

Before his disappearance, Park canceled his appointments for the day, and was reportedly last spotted on Thursday morning by security cameras near a wooded area in the north of the sprawling city, where his cell phone signal was last detected. Around 600 police officers searched the area with dogs and drones throughout the night.

As the search effort was launched, South Korean broadcaster SBS reported that Park’s secretary had filed a sexual harassment complaint with police a day earlier. Police did not confirm the report.

A member of President Moon Jae-in’s Democratic Party, Park was rumored to be up for consideration as a presidential candidate in the 2022 elections. A veteran civic activist and human rights lawyer, he was elected to his third term as mayor of the capital last year. 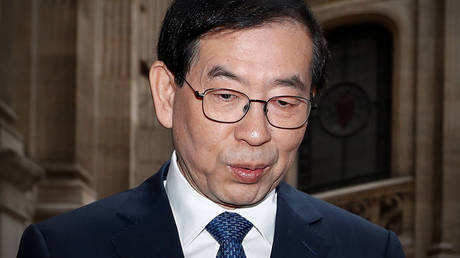 All the new rules you’ll have to f...