In potentially worrying news, scientists have discovered another ‘hidden gene’ within the genetic code of SARS-CoV-2, which may explain why the virus has been so difficult to defeat.

The so-called overlapping gene is named ORF3d and has been tucked away within the structure of nucleotides, the building blocks of DNA and RNA, in the coronavirus for months, undetected until now.

“In terms of genome size, SARS-CoV-2 and its relatives are among the longest RNA viruses that exist,” explained the lead author of the research article, Chase Nelson from the American Museum of Natural History.

“They are thus perhaps more prone to ‘genomic trickery’ than other RNA viruses.”

Our paper on ORF3d, a new gene in #SARSCoV2 that is not present in SARS-CoV, is out today in @eLife! We believe ORF3d is important: for a virus with only ~15 genes, one extra could make a big difference, potentially explaining its unique biology.
(1/6)https://t.co/qtzXBwW1mP

Overlapping genes are relatively common, especially in RNA viruses like SARS-CoV-2, so the discovery is not necessarily shocking, but it marks another challenge to overcome as humanity tries to unlock the mystery of the coronavirus scourge.

Given how genome scanners are designed to identify individual genes, they can often miss overlapping ones tucked away in between neighboring nucleotides. In this particular case, it may prove to be a major blind spot in coronavirus treatment and vaccine development, but for now, scientists do not know for sure.

“Overlapping genes may be one of an arsenal of ways in which coronaviruses have evolved to replicate efficiently, thwart host immunity, or get themselves transmitted.”

Nelson adds that the gene is “recently evolved” and is therefore a “top candidate to explain some of the unique biological attributes of the virus.”

It has yet to be established exactly what capabilities ORF3d affords the coronavirus and whether it might impact current and ongoing vaccine research, but scientists do know that it triggers a strong antibody response.

This particular gene has only been identified once before, in a variant of the coronavirus discovered in pangolins.

“We don’t yet know its function or if there’s clinical significance,” Nelson adds, but given that the novel coronavirus only has 15 known genes, discovering a hidden one this far into a global pandemic makes for sobering news, regardless of widely heralded vaccine breakthroughs.

The gene is missing from the original SARS-CoV, which caused a deadly outbreak between 2002 and 2004. Scientists suggest it may explain why the novel coronavirus is so effective at spreading among humans compared to its predecessor.

Associate professor of molecular and comparative pathobiology at Johns Hopkins School of Medicine Fabio Romerio called  the revelation “a new piece of the SARS-CoV-2 puzzle that scientists are trying to put together to understand the virus’ biology” and suggested it could be used in the development of vaccines or therapies. 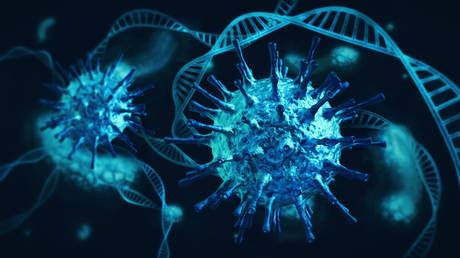