Scientists have discovered a type of bacteria that devours metal for sustenance. First predicted over a century ago, an accident has finally revealed its existence, unlocking a key mystery of the Earth’s elemental cycle.

Microbiologists from the California Institute of Technology have discovered a type of bacteria that can feed on manganese, one of the most abundant elements on Earth, which exists in everything from alloys and vegetables to soil and seawater.

Jared Leadbetter, professor of environmental microbiology at Caltech and one of the study’s co-authors, stated that the newly discovered microbes are “the first bacteria found to use manganese as their source of fuel.”

Thursday’s study, ‘Bacterial chemolithoautotrophy via manganese oxidation’, was the result of happenstance. Leadbetter stumbled upon the discovery after working on entirely unrelated experiments involving manganese.

Before departing for an assignment for several months, he accidentally left a glass jar soiled with the substance in tap water in an office sink. It is here that the magic happened.

Upon his return, the jar was coated in a dark material that, after several tests, turned out to be the result of the elusive metal-devouring creatures. Such bacteria was hypothesized over a century ago but, until now, had not been observed.

The story is reminiscent of Alexander Fleming’s discovery of penicillin, wherein the Scot returned from a two-week vacation to find that a mold had developed on an accidentally contaminated culture plate. Upon examining the mold, he found that it inhibited the growth of staphylococci, a type of harmful bacteria, transforming the future of healthcare in the process.

In nature, the ubiquitous presence of manganese oxide has puzzled scientists for centuries. Now that bacteria have been shown to feed off it for fuel, part of the mystery has been solved.

When the bacteria interact with the trace amounts of metal, they donate protons to it, oxidizing it and thus creating manganese oxide.

“There is evidence that relatives of these creatures reside in groundwater, and a portion of Pasadena’s drinking water is pumped from local aquifers,” said Leadbetter, suggesting that the ability to consume metal is not unique to one type of bacteria.

“A wonderful aspect of microbes in nature is that they can metabolize seemingly unlikely materials, like metals, yielding energy useful to the cell.” adds Leadbetter.

The accidental discovery helps explain some of the intricacies of our planet’s elemental cycle and helps illustrate how inorganic metabolisms can support life on Earth. 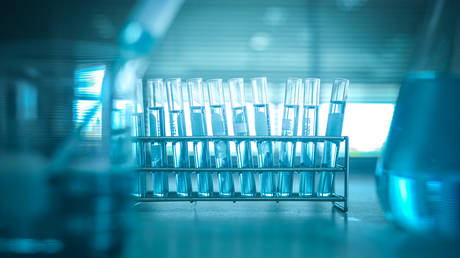 Covid-19 immunity could be far hig...

Drug use in Australia at HIGHEST L...