Riyadh is still committed to peace with Israel on the basis of the Arab Peace Initiative, Saudi Arabia’s foreign minister has said, but remains concerned over Israel’s unilateral moves on settlements.

“The kingdom considers any Israeli unilateral measures to annex Palestinian land as undermining the two state solution,” Faisal bin Farhan Al Saud said, at an event in Berlin on Wednesday.

Saudi Arabia will not normalize relations with Israel until the latter has reached a peace accord with the Palestinians, he added.

The comments are the first official statement by the Saudis since the United Arab Emirates agreed to normalize diplomatic relations with Israel last week under a US-sponsored deal.

Under the Arab Peace Initiative, drawn up by Saudi Arabia in 2002, Arab nations offered Israel normalized ties in return for a statehood deal with the Palestinians and full Israeli withdrawal from territory it captured in 1967.

The implementation of the Israel-UAE deal could reshape Middle East politics, from the Palestinian issue to rivalry against Iran. Increased tension between Tehran and Riyadh has fueled speculation that shared interests may push the Saudis and Israel to work together, Reuters reports.

On Monday, Prime Minister Benjamin Netanyahu said Israel is preparing for the start of direct flights to the UAE over Saudi Arabia. The kingdom does not recognize the state of Israel, and its air space is closed to Israeli planes. In 2018 Air India became the first airline in seven decades allowed to fly over Saudi territory for flights to Israel with its New Delhi-Tel Aviv route. 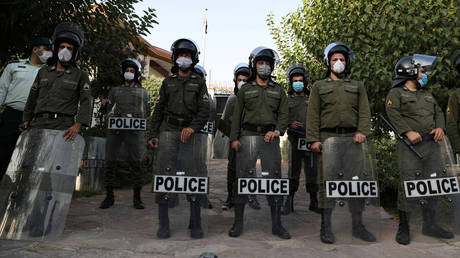