Twitter’s support account has been bombarded with snarky replies after the company acknowledged that users may be experiencing issues due to a massive security breach.

The platform suffered the largest hack in its history on Wednesday after numerous high-profile accounts were compromised and used to promote a bitcoin scam. Hackers reportedly also leaked screenshots showing that the site’s administrators have the ability to prevent unsavory tweets or accounts from trending.

The site’s official support account announced shortly after the hack that it was working to remedy the situation.

“We are aware of a security incident impacting accounts on Twitter. We are investigating and taking steps to fix it. We will update everyone shortly,” Twitter Support wrote. “You may be unable to Tweet or reset your password while we review and address this incident.”

The reassurances were not particularly well-received, however. Sarcastic replies accused the site of having inadequate security protocols in place. Users compared the site’s security team to Teletubbies, and suggested the platform’s safety features were about as effective as a face mask made of netting.

Others suggested that the massive security breach may have been for the best.

“Can you leave us unable to tweet permanently?” inquired one user.

The company temporarily locked all verified accounts in an attempt to prevent further attacks. The hackers were able to target some of the most popular users on the platform, including Elon Musk and Joe Biden. According to reports, the group was able to collect more than $100,000 in bitcoin before their scam was shut down. 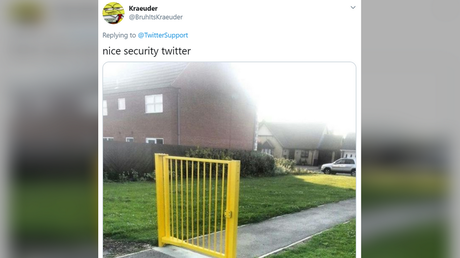