A Russian citizen and a possible accomplice have been detained in Austria as part of a probe into the killing of their countryman, who was an asylum seeker. The case has sparked media speculation of a politically motivated murder.

The incident took place on Saturday evening in the parking lot in the small town of Gerasdorf, north of Vienna.

A 43-year-old male asylum seeker, believed to be originally from Russia’s southern republic of Chechnya, was shot in the head. He died on site, according to police.

The suspected attacker fled the scene, sparking a massive manhunt involving dozens of police cars and a helicopter. Two of Austria’s special police forces units, Cobra and Wega, were engaged in the operation.

Eventually, the alleged shooter was located in the northern city of Linz late on Saturday and surrendered to police without offering resistance. He was identified as a Russian citizen and apparently also of Chechen origin. The man reportedly had a criminal record and was known to police.

The law enforcement have so far only confirmed that both the victim and the suspect are Russian citizens.

Another man, also believed to be a Chechen, was detained in connection with the case on Sunday, a spokesman for the Korneuburg Regional Court, Wolfgang Schuster-Kramer, told Austrian media, without giving further details.

So far, police have given no indication of a possible motive for the killing. The probe has been taken over by the regional police anti-terrorist unit.

Meanwhile, Austrian media have alleged that the victim, identified by the authorities only as Martin B, was a Chechen known as “Anzor of Vienna,” who was a video “blogger” and a critic of the Chechen leader, Ramzan Kadyrov.

That led to speculations that the shooting may have been a contract killing with a political motive. However, the Austrian authorities have given no information to support such theories.

There are also allegations that the killing might have been a car sale gone wrong.

The incident appears to be loosely reminiscent of a high-profile case in which another former Chechen militant was shot dead in Berlin.

The German authorities linked that murder to Moscow, expelling two diplomats over the case and sparking a diplomatic row with Russia. The Kremlin denied it had anything to do with the killing.

In the wake of the dispute, President Vladimir Putin described the man as a “murderous terrorist” who may have had many enemies. 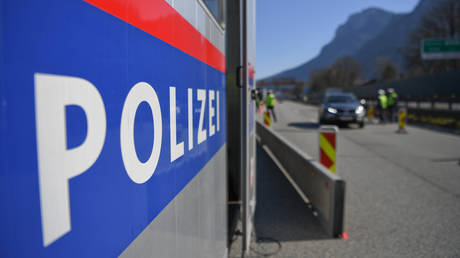