Rihanna has added her name to the list of celebrities who have found themselves in hot water after voicing opinions on the Israeli-Palestinian conflict. Her neutral “I stand with humanity” stance caused backlash on social media.

On her Instagram account, which has over 95.4 million followers, the pop singer and actress wrote that her “heart is breaking with the violence,” as “innocent people fall victim to notions perpetuated by government and extremists.” Having shared numbers of fatalities on the Palestinian side, she wrote that both “innocent Israeli and Palestinian children” are suffering in the ongoing conflict, adding that “this cycle needs to be broken.”

not rihanna pulling a “all lives matter” 😭 pic.twitter.com/vJgKb9uX7k

Her post on Thursday was captioned with “I stand with humanity,” and accumulated over two million likes, but many expressed their apparent disappointment with the A-lister for not taking sides.

Rihanna is giving such “all lives matter energy. “ I’m disappointed. It’s not a conflict!! It’s one sided pic.twitter.com/jTtcQbV5Bs

While some social media users accused Rihanna for “pulling an ‘all lives matter’,” others were apparently let down by her lack of support for Palestinians. In 2014, the singer posted on Twitter using the “#FreePalestine” hashtag, but then deleted it saying “some people were offended” and she was praying for the people in Palestine and Israel.

The divided online community both suggested it was “better to say nothing” and, on the contrary, thanked the celebrity for using her social media platform to speak out on the matter.

No one is being neutral, she’s sending her condolences to the innocent people being killed, this is about life

Earlier this week, Israeli actress Gal Gadot took the blow for what has been regarded by some as support for her home country. At the same time, half-Palestinian supermodels Gigi and Bella Hadid have been in the social media spotlight for their openly anti-Israeli stance. “Politicians stutter neutral words in fear of being reprimanded, whilst the world remains silent to avoid offending the wrong people,” the younger of the US-born sisters, Bella, posted.

Yeah putting Israel in quotes as if it’s not a real country is real appropriate. A lot of their posts have been only half truths or total misinformation, glad you approve of their borderline anti Semitic takes though. Cool

Since the start of the week, more than 1,500 rockets have been launched on Israel by the Palestinian militant group Hamas, according to the Israeli military. At least six civilians including a child have been reportedly killed. Israel responded by bombing targets in Gaza and is reportedly planning an operation on the ground. According to Palestinian officials, dozens of their civilians, at least 17 children among them, have died in the airstrikes. 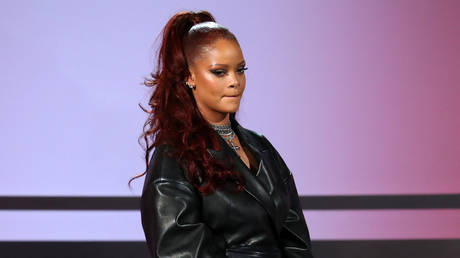