Makers of the Call of Duty video game series have gone full Cold War, setting their latest shooter in that era and using the infamous ‘active measures’ interview with a KGB defector in the teaser trailer.

Activision unveiled the cover artwork for the ‘Cold War’ installment of its ‘Call of Duty: Black Ops’ series on Thursday, featuring a split-screen of Soviet and American propaganda from the era.

Precious little is known about this latest entry in the Black Ops series, until the official reveal scheduled for August 26. However, the title has already attracted a lot of attention thanks to Wednesday’s teaser trailer, a two-minute affair featuring excerpts from the 1984 interview with Yuri Bezmenov.

As Bezmenov speaks about the “active measures” allegedly used by the USSR to undermine and destabilize the West, historical footage of unrest in the US flashes across the screen. The video ends on a tagline, “Know your history or be doomed to repeat it.”

The Cold War actually ended with the USSR and Eastern Europe being undermined and destabilized by the West, and Bezmenov’s talk of ‘active measures’ had been long forgotten – until it was resurrected by Russia hawks in Washington in the late 2000s.

Most recently, it has been embraced by proponents of the conspiracy theory that Russia meddled in the 2016 US election to get President Donald Trump elected. On the other hand, not a few people online have drawn the connection between Bezmenov’s words and the footage of Cold War-era riots and the current unrest across the US, fueled by Russiagate believers.

This wouldn’t be the first time the CoD franchise has leveraged Russophobia in current affairs. The 2019 ‘Modern Warfare’ reboot, developed by Infinity Ward, featured the heroic CIA and British SAS fighting off the Russian “invasion” of the fictional Central Asian country of Urzikstan.

Call of Duty video games are deeply tied to the US military and Atlantic Council https://t.co/WFOSZNuale

The CoD series has long enjoyed a cozy relationship with the US military-industrial complex as well, with Black Ops writer Dave Anthony telling reporters he was advised by retired military officers, and taking a fellowship at the Atlantic Council after leaving Treyarch studios in 2014. Anthony seems to have returned to the videogame world since, as he is credited with writing the Black Ops 4 installment, made by Treyarch and released in 2018. 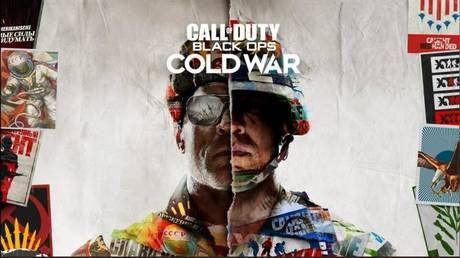