The Nobel Prize in Chemistry has been awarded to two women for their development of the CRISPR/Cas9 genetic scissors, which has revolutionized modern science. They are the sixth and seventh women to win the prize for chemistry.

Following the announcement of the Nobel prizes for medicine and physics earlier this week, American Jennifer Doudna, 56, and Emmanuelle Charpentier, 52, from France were awarded the $1.1 million prize.

BREAKING NEWS:
The 2020 #NobelPrize in Chemistry has been awarded to Emmanuelle Charpentier and Jennifer A. Doudna “for the development of a method for genome editing.” pic.twitter.com/CrsnEuSwGD

“This technology has had a revolutionary impact on the life sciences, is contributing to new cancer therapies and may make the dream of curing inherited diseases come true,” the Royal Swedish Academy of Sciences said in a statement.

The pair join scientific luminaries such as Marie Curie, who won in 1911, and more recently, Frances Arnold, in 2018.

CRISPR is now synonymous with gene editing the world over and has led to major breakthroughs across numerous fields, most notably cancer research.

The CRISPR-Cas9 tool is often referred to as a genetic scissors which allows scientists to rewrite the code in the DNA of animals, plants microorganisms with unprecedented precision.

“This year’s prize is about rewriting the code of life,” said Goran Hansson, secretary-general of the Royal Swedish Academy of Sciences, as he announced the names of the laureates.

On Tuesday, Roger Penrose, Reinhard Genzel and Andrea Ghez were announced as the winners of the Nobel Prize in Physics for their groundbreaking research into supermassive black holes. 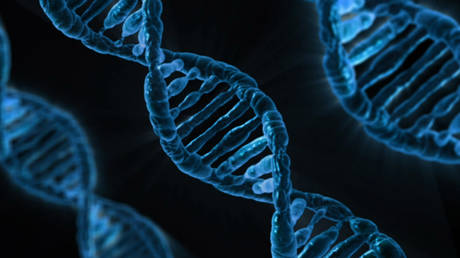