“We have no information on who could’ve hacked the pharma companies and research centers in the UK. We can only say one thing – Russia has nothing to do with those attempts,” Peskov said.

“We reject these kind of accusations,” he added, referring to both the hacking and election meddling claims as “unsubstantiated.”

On Thursday, Britain’s National Cyber Security Centre said that hackers, who were allegedly backed by the Russian government, were trying to obtain Covid-19 vaccine data from academic and pharmaceutical institutions in the UK and around the globe.

Earlier in the day British Foreign Secretary, Dominic Raab claimed that “it is almost certain that Russian actors sought to interfere in the 2019 General Election through the online amplification of illicitly acquired and leaked Government documents.”

The leaked documents  that surfaced online ahead of the December vote showed several rounds of trade talks between British and American representatives, during which the US side supposedly pushed for access to the National Health Service for high-priced American pharmaceutical companies, and to lower health and safety standards in the British food industry.

Raab didn’t mention any proof of how Russians were involved in spreading the word about the leak that embarrassed the government at the time, but he acknowledged that “there is no evidence of a broad-spectrum Russian campaign against the General Election.”

Contradictions in the words of the UK’s top diplomat were pointed out by the Russian Foreign Ministry’s spokeswoman, Maria Zakharova. Raab’s statement “was so ambiguous and inconsistent that it was practically impossible to understand,” she said.

With London confirming that it has no proof against Russia, but still threatening retaliatory measures, “there’s a feeling that we have a new loop of the ‘highly likely’ tactics.”

“Highly likely” was the phrase used by then-UK Prime Minister Theresa May to blame Russia for the chemical poisoning of double agent Sergei Skripal in Salisbury back in 2018. Two years later, London hasn’t provided any convincing evidence to back the claim.

Raab’s “almost certain” will apparently become the new go-to formula for the UK authorities, but the tactics of blaming Russia for internal problems in Britain will remain the same, Zakharova said.

The Russian Embassy in London called it a purely propagandist step, noting that it never received any notes of protest from the British parties regarding the hacking claims. As for Raab’s threats of retaliation, an embassy spokesman said that “any unfriendly steps towards Russia won’t be left without a proper and adequate response.” 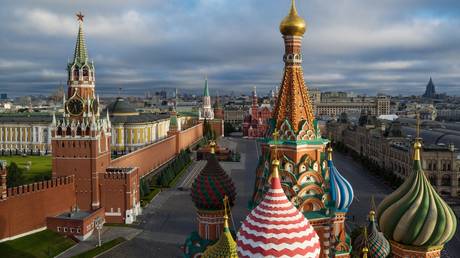