An attempted coup is reportedly underway in Mali amid reports of gunfire at a military base and the arrest of high ranking military and political figures. It comes following weeks of protests calling for the president to resign.

There have been several reports of gunfire at a base in Kati, near the capital Bamako, which was the initial launch site of a 2012 coup d’etat. Social media posts indicate army roadblocks on routes into the town.

It remains unclear how much of the military has mutinied, though an unnamed security source cited by Reuters merely stated: “Yes, mutiny. The military has taken up arms.”

There has been no official confirmation of who was firing at whom.

The national guard chief of staff was also reportedly arrested by troops at the garrison town while some outlets are claiming that the Minister of Economy and Finance Abdoualye Daffe was kidnapped from his office this morning.

Several news agencies are also claiming that the Foreign Minister and the speaker of the Malian parliament were also arrested in the apparent coup.

The offices of State broadcaster Office de Radiodiffusion-Télévision du Mali have been evacuated amid reports of an armored column inbound to the area to formally announce a coup, according to DW.

The Norwegian and French embassies have warned their citizens to shelter in place until the situation is resolved.

“The embassy has been notified of mutiny in the Armed Forces and troops are on their way to Bamako. Norwegians should exercise caution and preferably stay at home until the situation is clear,” the Norwegian embassy said in an alert to its citizens.

At least 14 people have been killed in the recent anti-government protests calling for the resignation of President Ibrahim Boubacar Keita.

There are growing concerns that any unrest could spur a new offensive from jihadist militants operating in the area, who have claimed the northern region of the country as their own in recent years. 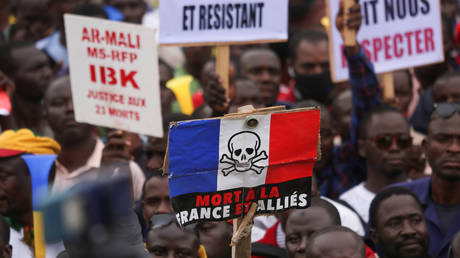 ‘Neither ships were ours, nor the...