The Chinese Foreign Ministry rejected claims that Beijing lost dozens of soldiers in a recent skirmish on a disputed stretch of the border with India. The ministry’s spokesperson said the two powers are working to defuse tensions.

Zhao Lijian, the spokesman for the Foreign Ministry, described reports of heavy Chinese losses as “fake news” during a press briefing in Beijing.

The diplomat was apparently taking a swipe at V.K. Singh, the Indian minister for roads and transport, who said last week that at least 40 Chinese troops died during a confrontation in the heavily disputed Himalayan valley of Galwan.

Speaking on Tuesday, Zhao said Beijing is in touch with New Delhi to calm down tensions. A day prior, he told reporters that “military and diplomatic channels” are being used for de-confliction.

The two countries have long been at odds over the poorly defined border in the mountainous region known as Eastern Ladakh in India, and Aksai Chin in China. The dispute escalated earlier in June when a confrontation, the first in decades, broke out between soldiers guarding their own sides of the border.

Indian armed forces later confirmed that at least 20 soldiers perished in the clash. New Delhi has accused China of attempting to “change the status quo” in the disputed area, and taking “pre-meditated and planned action” that led to “violence and casualties suffered by both sides,” according to the Ministry of External Affairs.

Beijing, which maintained that it was Indian soldiers who provoked their Chinese counterparts into the clash, is yet to officially announce its own casualties. 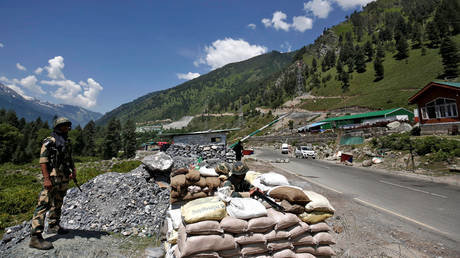 Warning over 70 Google Chrome down...