Chancellor Angela Merkel has said she is very worried about the spread of the pandemic in the German capital and across other regions, and urged citizens to observe restrictions.

Infection numbers weren’t growing “exponentially any more,” but were still far too high, Merkel told a business event on Tuesday.

The chancellor said she would have preferred to have agreed urgent, stricter rules at a meeting with federal and state leaders held the previous day. She cited the “uncontrolled spread” of coronavirus in some areas, including Berlin, but a decision on further lockdown measures was postponed until November 25.

Infection cases “are not falling as fast as we expected,” Merkel said, and 30 to 40 percent of the German population are vulnerable, including elderly people and those with underlying health conditions.

Chief of Staff Helge Braun said earlier in the day that the government in Berlin could push for tighter virus restrictions next week.

On November 2, the so-called “lockdown light” was imposed in Germany for a month to stop a second wave of the coronavirus pandemic, and the curbs included closing bars and restaurants.

The incidence of the virus must fall below 50 per 100,000 residents during a week before full-scale re-opening can be contemplated, according to Merkel. Germany currently has 141 cases per 100,000 residents, figures from the Robert Koch Institute (RKI), the agency responsible for disease control and prevention, show.

The federal government expects the first vaccines to be approved this year or early next year, but Merkel has said that “nobody will be forced to be vaccinated – it is a voluntary decision.”

The RKI registered a rise in the number of confirmed coronavirus cases by 14,419 as of Tuesday, while the death toll rose by 267. 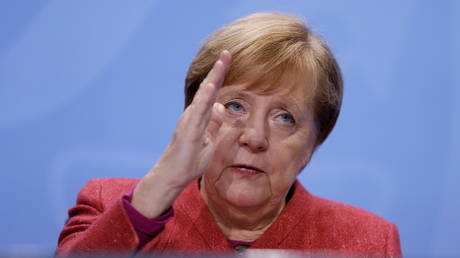 BRICS nations working together to...