‘Progressive visionary’? Why ‘pedophile matchmaker’ was treated as respected sexology expert in Germany FOR DECADES

‘Progressive visionary’? Why ‘pedophile matchmaker’ was treated as respected sexology expert in Germany FOR DECADES

Helmut Kentler, a man responsible for vulnerable children being sent into the care of pedophiles for decades, wouldn’t have got away with it for so long had he not been admired by those in power, researchers and activists told RT.

Germany is still reeling from a massive child abuse scandal as it was revealed that a man long considered to be one of the “founders of modern sexology” in fact acted as a “matchmaker” for pedophiles by sending neglected children into their care under the passive eye of Berlin authorities.

Such a powerful blow to the psychologist’s reputation would hardly hurt him anyway, though, since the man died back in 2008 at the venerable age of 80. Till the very end, Kentler was considered a progressive thinker and a respectable member of the scientific community.

At the time of his death Germany’s Tageszeitung daily called him a “meritorious fighter for a permissive sexual morality” in an obituary, while various human rights advocacy groups and even some protestant church authorities were vying with each other while praising his life achievements.

It seems even more bizarre since Kentler himself admitted in the 1990s to sending children to live with pedophiles as part of an “experiment.” The exact scale of his crackpot scheme which ruined numerous lives over the previous decades was apparently not known at that time though as he only revealed the cases which definitely would not land him and his pedophile acquaintances in jail due to the expired limitations period.

The man never made a secret of his views on the topic either as he repeatedly argued in his works that social stigma is virtually the only traumatizing part of a sexual relationship between an adult and a child.

Yet, these shocking facts apparently failed to spark any sort of uproar in Germany at the time – and some of Kentler’s victims continue to fight for justice up to today. The German authorities and scientists, meanwhile, appear to be in no rush to discard the controversial sexologist – all while condemning his misdeeds.

That could not have been possible without participation of the state

Kentler’s project, which some German media are now describing as nothing short of a powerful pedophile “network” in disguise, could not have lasted so long without tacit support of the authorities, a group of researchers that recently issued a report on the topic, believe.

A representative of the Berlin government known as the Senate said, however, that the city authorities have never even commissioned a study into Kentler’s activities – until recently – so high, apparently, was the level of “trust” into the psychologist, who happened to have quite a number of high-ranking backers, including then school and education senator Carl-Heinz Evers, youth and sport senator Kurt Neubauer, and labor and social affairs senator Kurt Exner, and Willy Brandt, a then mayor of Berlin and future West Germany’s chancellor and an icon of German politics.

The fact that his project was allowed to go on for so long can only be explained if “you keep in mind who Helmut Kentler was connected with and what his significance was,” Angelika Oetken, a victim of sexual abuse in a family environment and a volunteer at the Sexual Abuse Fund, believes.

Yet, there appears to be more to this story than just a perversion advocate that happened to find patrons among the higher-ups. After all, there is no indication that any of these officials were involved in his scheme in any way.

The most puzzling fact about Kentler is that he has been considered – and is seemingly still considered – an authority in his field despite all the unnerving revelations about his views and the nature of his work. After all, neither the Hildesheim University team, nor the Berlin authorities openly criticized the man in their responses to RT.

The researchers said that his motives and personality “were not part of the study” while a Berlin Senate representative limited herself to stating that standards for foster families have significantly changed since Kentler’s times and “when it comes to protecting children and young people, we have to take a close look and continuously develop structures and processes.”

Yet, both the researchers at Hildesheim and Angelika Oetken admit that Kentler’s scientific works and the reasoning behind his theories appear to be flawed. “I find, that his publications on the clinical sense of pedophilia, i.e. his attitude to sexuality was permeated with mental and emotional distortions,” the activist said, while the scientists admitted that their research showed “he used scientific reasoning with unclear evidence to justify his positions.”

However, these apparent flaws did not seem confusing to the German scientific community and officials throughout all these years. Oetken blames it on the usual culprits – the Nazis – who supposedly exterminated the real German science and allowed people like Kentler to flourish on its ashes – even though he worked between the 1960s and 1990s, decades after the fall of the Third Reich.

Yet, it might well be that his “unorthodox” ideas just fitted perfectly into the emancipatory mainstream of the sexual revolution of the 1960s that called for a split from “authoritarian moral values” of old.

The idea of a truly “free” society has driven many into accepting what was previously unthinkable – all in the name of social progress. Against such a background, Kentler earned his place among the respected “sexology experts” and became a popular commentator on radio and TV.

Could it be that German officials just tacitly agreed to close their eyes to one taboo so as not to break another and not to confront a “progressive visionary” out of fear of being seen as backward reactionaries?

As Oetken put it, “Kentler is considered one of the founders of modern sexology and was even used as an expert in litigation for sexual abuse.”

“Not only does the Berlin Senate have something to work on here, but all people and institutions, some of whom still call this man a role model to this day … must reflect on this.” 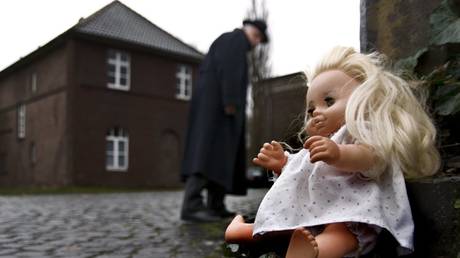