The UK, and others, have criticized Facebook over its plan to introduce end-to-end message encryption, arguing it would allow pedophiles freely share child abuse materials as millions are attributed to the tech giant’s platforms.

The US social media giant has found itself at the center of yet another controversy as its initiative supposedly aimed at protecting the privacy of billions of people using Facebook, Instagram and WhatsApp stumbled on the vehement opposition of the UK and the US, as well as other countries. The governments argue the move would make the social networks a safe haven for pedophiles and terrorists.

On Sunday, the UK Home Secretary Priti Patel published a damning piece in the Sun, which said Facebook’s plan would “only help terrorists and paedophiles” and accused the tech giant of failing to come up with any “credible” strategy to fight child sex abuse. The change would make it “near-impossible to recover online criminal conversations,” she wrote, citing some officials. Patel called Facebook’s arguments “overblown” and said it simply wants “to turn a blind eye” to “horrific abuse.”

London did not just limit itself to opinion pieces in the British media, though. The Five Eyes group – the UK, the US, Australia, New Zealand and Canada, also joined this time by India and Japan – issued a joint statement essentially demanding Facebook provide a backdoor for the security services to use to get access to encrypted messages.

“Tech companies should include mechanisms in the design of their encrypted products and services whereby governments, acting with appropriate legal authority, can gain access to data in a readable and usable format,” the statement reads, encouraging the tech giant to find “mutually agreeable solutions” to supposedly protect both privacy and “public security.”

Facebook’s intentions to fully encrypt communications in its messaging app and Instagram Direct, in addition to the already-encrypted WhatsApp, have been known since at least 2019. The potential change would mean that no one except for the message sender and recipient could see or modify its content.

More fuel has been added to the fire as a US Congress-founded children’s charity released data suggesting Facebook accounts for a whopping 94 percent of all cases of child sex abuse materials being shared on the internet, as reported by US tech companies. Out of almost 17 million reports involving distribution of over 69 million child sex exploitation images and videos, more than 15.8 million were filed by Facebook, the National Center for Missing & Exploited Children (NCMEC) said in its recent report.

Facebook has so far not reacted to this latest flurry of requests and demands made by the governments. Yet, earlier, the tech giant already promised to look into improving child protection on its networks ahead of the planned change.

Solutions presented by Facebook back in autumn 2019 focused on preventing pedophiles from contacting potential victims in the first place. It also ultimately involved a whole lot of new tracking procedures that would range from flagging someone seeking to contact minors they do not know and analyzing age gaps between people communicating privately on its platforms. 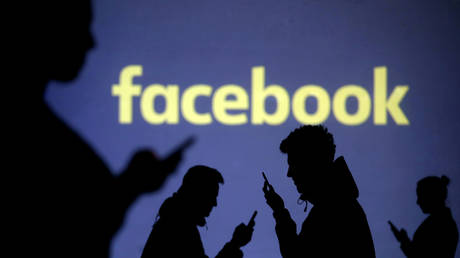