Primordial proteins could solve the mystery of life on Earth

Primordial proteins could solve the mystery of life on Earth

Researchers have reconstructed protein sequences that could resemble those of our ancestors, potentially revealing the secret of life on Earth.

Proteins comprise the heart and soul of the genetic material within our cells. They act as both train and conductor, determining how and when everything within the cell acts. Because of this, scientists have always presumed that proteins came prior to cells and, therefore, before any semblance of life as we know it.

However, proteins themselves are made up of hundreds or thousands of smaller units called amino acids, with modern proteins consisting of 20 different variants arranged in a long, chain-like structure. But here’s the thing: amino acids are needed to make proteins yet they themselves are produced by other proteins – enzymes. Creating a chicken-and- egg scenario that researchers hope they have finally solved in a new study called “Origin of life: Which came first?”

Back in 1952 experiments led scientists to believe that the very first proteins materialized from shorter protein segments called peptides: assemblies of amino acids spontaneously created within a primordial soup.  So for almost 70 years the consensus was that amino acids that formed the ‘egg’ in the chicken-and-egg scenario.

However, research by Prof. Dan Tawfik of the Weizmann Institute of Science and Prof. Norman Metanis of the Hebrew University of Jerusalem, has highlighted a gap in our understanding, which fails to explain how these proteins led to life.

As Prof Tawfik explains, “one vital type of amino acid has been missing from that experiment and every experiment that followed in its wake: amino acids, like arginine and lysine, that carry a positive electric charge.” It is these amino acids that are important to our modern-day proteins, as they interact with DNA and RNA, both of which carry net negative charges.

Which begged the question: what was it for? Researchers began theorizing as to whether ornithine was the missing link all along, and conducted an experiment to test their hypothesis. The experiment began with the production of rudimentary proteins, rich in positive charges, that would have resembled our ancestral ones. Next, they created synthetic proteins in which ornithine replaced these as the positive charge carrier.

Scientists created the conditions similar to those found on primeval Earth and saw that ornithine is converting into the protein-forming arginine. Increasingly, these more primitive-like proteins began to look similar to modern-day ones, binding in ways that became stronger and more selective as they improved.

During the experiment, the scientists also discovered that, in the presence of RNA, the primeval peptides would separate, allowing it to engage in self-assembly and “departmentalisation”: a hallmark of a more complex cellular being.

Such proto-cells theoretically would, over time, evolve into true living cells. This being the case, we may have finally figured out the secret to life on Earth. 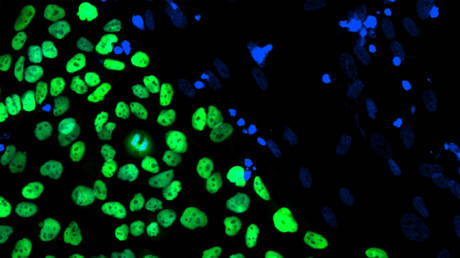