India has banned 59 Chinese-owned mobile apps including TikTok, ShareIt and Alibaba’s UC Browser, citing “raging” privacy concerns. The move comes amid the fallout from the recent border clash between the two nations.

The Ministry for Electronics and Information Technology announced the ban on Monday, stating that the Chinese-made applications were “prejudicial to sovereignty and integrity of India, defense of India, security of state and public order.”

Government Bans 59 mobile apps which are prejudicial to sovereignty and integrity of India, defence of India, security of state and public order#59Chinese

The decision was made under section 69A of India’s Information Technology Act, the ministry added, which allows the government to block the public from accessing potentially dangerous information. In recent years, India has emerged as “a primary market in the digital space,” the ministry explained, and the rapid growth prompted “raging concerns” about safeguarding the privacy of Indians.

Authorities in India have received multiple reports of “misuse” of certain applications “for stealing and surreptitiously transmitting users’ data in an unauthorized manner” to servers located outside of the country, officials said. The data has been accessed and profiled by the “elements hostile to national security and defense,” the ministry added.

While India did not point directly at China in the ministry’s comments on the ban, the overwhelming majority of the outlawed applications are of Chinese origin. The list includes extremely popular services, such as the TikTok video-sharing platform, microblogging site Weibo, and the ShareIt file-sharing app, among others.

It was not immediately clear how exactly the ban will be implemented. The banned apps remained available for download and use in the country in the wake of the announcement, local media reported, though that is expected to change in the coming days.

The mass app ban comes after the deadly clash in a disputed area of the Himalayas earlier this month, which reportedly killed 20 Indian troops. While India claimed that as many as 40 Chinese soldiers were killed, Beijing dismissed the comment as “fake news.” It remains unclear what exactly prompted the incident, with New Delhi and Beijing blaming each other for the violent incident. 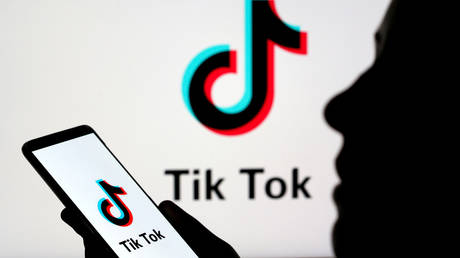