Power has been cut off in the city of Kabul, according to Afghanistan’s national electricity service, after reports of explosions destroying a pylon and connected power lines. Some areas outside the capital are also impacted.

“An explosion blew up a power pylon in Qala Murad Beg area of Kabul province, cutting off a 220 kV imported power line,” the Breshna power company told customers, according to local media.

The energy provider also said it had dispatched a team to the area of damage to reconnect power as soon as possible.

The cause of the explosion is not yet known, though the situation in Afghanistan and its capital has been volatile, especially since the chaotic US military withdrawal last month as the Taliban took control, with numerous attacks rocking the country.

Dozens were killed last week when a group of suicide bombers attacked a Shiite mosque. A similar attack on a mosque in northern Afghanistan left multiple people dead and wounded.

Recent reports have also indicated that the Taliban has been at risk of having power cut off as it had stopped paying foreign suppliers of electricity. 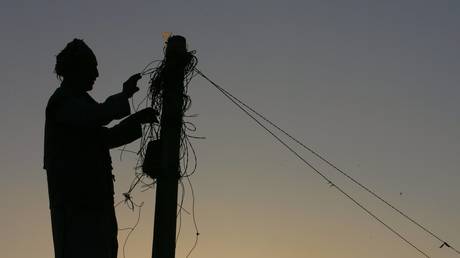