In a major show of support for Israel, Secretary of State Mike Pompeo visited Golan Heights following a tour of a similarly occupied settlement in the West Bank.

Ahead of his visit to the disputed area, Pompeo announced that products coming from the West Bank, which Palestine and many other international organizations do not recognize as part of Israel, will be labeled “made in Israel.” He also revealed the State Department will withdraw any government support from organizations that support the BDS (Boycott, Divestment, and Sanctions) movement against the state of Israel.

“The simple recognition of this as part of Israel…was a decision President Trump made that is historically important and simply a recognition of reality,” Pompeo said of Golan Heights while visiting Israel Prime Minister Benjamin Netanyahu in Jerusalem.

Pompeo’s to the occupied settlements in Israel has sparked outrage, including from Palestine. Nabil Abu Rudeineh, a spokesman for Palestinian President Mahmoud Abbas, said the Golan visit represents “active participation in this occupation.” 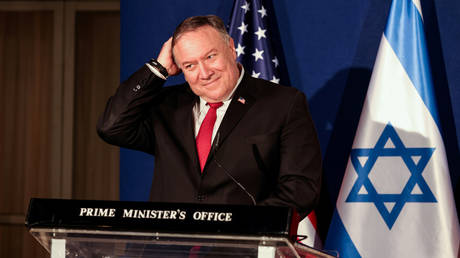 From tinted windows to flood-proof...