Law enforcement are trying to locate the mayor of Seoul, after his daughter reported that the city official has gone missing.

Mayor Park Won-sun didn’t come to work on Thursday and his cell phone was switched off, according to media reports. Police are now searching the area where his mobile phone signal was last detected.

His daughter called police earlier in the day and said that her father had gone missing.

According to reports, a message written by Park resembling a will has been discovered. There are fears that the mayor may have taken his own life.

An official from the city government told AP that Park had canceled all his appointments for the day, including a meeting with a presidential official.

A well-known activist and human rights lawyer in South Korea, Park was serving his third term as mayor after being first elected in 2011. 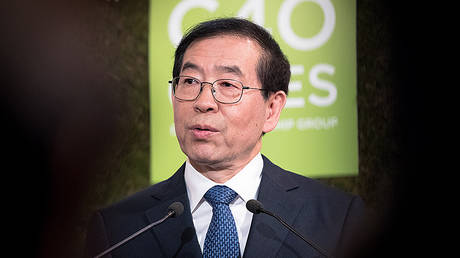