Four years after it bamboozled the world with its augmented-reality gameplay, ‘Pokemon Go’ is still attracting billions of dollars’ worth of in-game spending.

The free-to-play app, based on the best-selling original video game title and corresponding film and television series, was met with widespread acclaim upon its release four years ago, and boasted one billion downloads as of March 2019.

Created by Niantic and released in 2016, the game involves users searching the real world to find Pokemon through their smartphones via augmented reality (AR). Since its launch, players have walked a cumulative 23 billion kilometers in search of the fictional creatures. For comparison, Pluto, the distant dwarf planet, is 4.23 billion kilometers away.

Now, it has been revealed that ‘Pokemon Go’ players are also spending profusely – and have forked out $3.6 billion within the app in the four years leading to July 2020.

According to research by Sensor Tower, 2019 was a record year for the app, with ‘Pokemon Go’ generating $905 million globally. This was a staggering $100 million more than at the height of the game’s craze in 2016, when it made $832.5 million in the first six months after launch.

This year, despite many not being able to travel about in search of Pokemon thanks to Covid-19 lockdowns, the game has generated $445.3 million, making it likely that it will beat last year’s record.

The US was found to be the top country for ‘Pokemon Go’ revenue in 2019, generating more than a third of the total at $335 million. 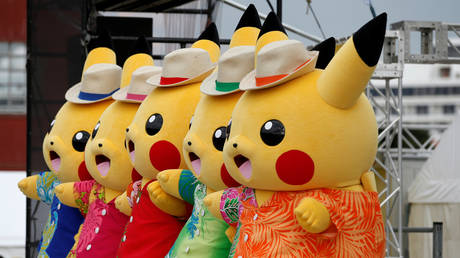