The Pfizer/BioNTech Covid-19 vaccine appears to be working against the new highly-contagious coronavirus variants detected in Britain and South Africa, according to the early findings of a study by Pfizer.

The vaccine has proven to be effective against various coronavirus strains, including those with the N501Y mutation that makes the virus even more contagious, a new, not yet peer-reviewed study by Pfizer and the University of Texas Medical Branch indicates.

These mutations have been detected in strains rapidly spreading across the UK and South Africa, and have already spilled into other countries as well.

“It was a very reassuring finding that at least this mutation, which was one of the ones people are most concerned about, does not seem to be a problem” a top Pfizer scientist, Phil Dormitzer, said as quoted by AP.

While the vaccine appears to work against all the variants of the virus it has been tested on, Pfizer researchers say a new strain might still emerge that would render it useless.

“So we’ve now tested 16 different mutations, and none of them have really had any significant impact. That’s the good news,” Dormitzer stated. “That doesn’t mean that the 17th won’t.”

As mass roll-outs of coronavirus vaccines have begun in countries around the world, newly detected strains have raised concerns that the vaccines might already be ineffective. So far, however, various vaccine developers say their products are working against the new strains.

In late December, the developers of Russia’s Sputnik V vaccine said it “has repeatedly shown its effectiveness, despite previous mutations in the S-protein,” and remains “highly effective” against the new strains as well as other variants of the coronavirus. 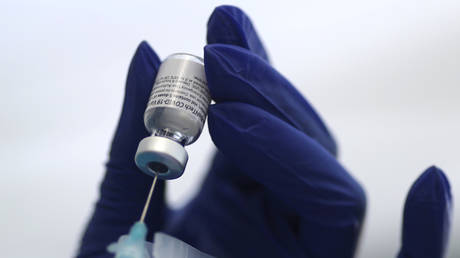 US suspends tariffs on French luxu...