India’s newspapers have joined the offensive against Google, urging it to raise the ad revenue share for publishers to 85 percent. The tech giant has recently faced demands to pay local outlets for news in multiple countries.

The bold demand was produced on Thursday by the Indian Newspaper Society (INS), which brings together print media houses of the country. The INS said it sent a letter to Google’s India branch, criticizing its “very opaque advertising system” and demanding a hike in revenue share.

Locally produced content is what “has given Google the authenticity in India ever since its inception,” the INS said in a statement, insisting its demands are fair.

The Society insisted that Google should increase the publisher share of advertising revenue to 85 per cent, and also ensure more transparency in the revenue reports provided to publishers by Google.

The INS also pointed out the efforts of other countries in trying to make Google pay local content producers, noting that the tech giant “has recently agreed to better compensate and pay publishers in France, the European Union and notably in Australia.”

In January, Google reached an agreement with an association of French publishers over how it will pay for the reuse of snippets of their content. The deal followed a row between the publishers and the tech giant, prompted by the adoption of the EU copyright directive, brought into France’s national law. Google tried to avoid the payments, unilaterally withdrawing the snippets, but this was deemed unlawful by French regulators.

This week, Australia passed a much-anticipated law that forces the tech giants to pay for the sharing of local media content on their platforms. The legislation drew strong opposition from both Google and Facebook, which argued it failed to acknowledge the benefits publishers receive from having their content on the platforms. Ahead of its adoption, Google reached major multi-year deals to pay for news generated by large local publishers.

The row between Big Tech and the government culminated in a week-long blackout on Australian media, imposed by Facebook. The standoff also affected pages of some Australian government agencies and charities.

The online battle ultimately resulted in last-minute changes to the bill that could potentially allow Big Tech to dodge the new rules, and it has already been criticized as “surrender” on the part of the Australian government, as the tech firms are given an extended period to iron out separate deals with local news organizations, as well as the opportunity to make “significant financial contributions to the sustainability of the Australian news industry” to be treated differently.

Other countries have also been eyeing the prospects of shaking up Big Tech a little. Canada, for instance, is looking to introduce legislation to put local content creators and tech firms on a level playing field. According to Canadian Heritage Minister Steven Guilbeault, the plan will be unveiled by summer, and no deals between big tech and local outlets reached in private will derail it. 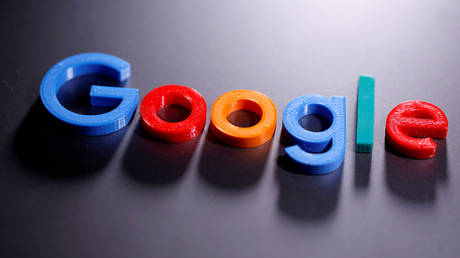