Close
Trending News
HomeWorld‘Our region is not Switzerland,’ Israeli minister says amid concerns Qatar may buy F-35 jets from US

‘Our region is not Switzerland,’ Israeli minister says amid concerns Qatar may buy F-35 jets from US

‘Our region is not Switzerland,’ Israeli minister says amid concerns Qatar may buy F-35 jets from US

Israel will oppose any deal to sell US-made F-35 fighter jets to Qatar, the country’s intelligence minister said. Doha has reportedly already submitted a formal request to Washington to greenlight such a deal.

“Our security and military superiority in the region are the most significant things for us,” Cohen stressed.

Our region has still not turned into Switzerland.

Qatar’s formal request for the jets was reported on Wednesday by Reuters, which cited three unnamed officials familiar with the deal. Negotiations on the planes have not been confirmed yet, neither by Washington nor by Doha.

Qatar may be following the path of the United Arab Emirates, which was given a chance for a potential F-35 purchase after it struck a US-brokered agreement on normalization of ties with Israel. Back in August, Israel’s PM Benjamin Netanyahu voiced open opposition toward the potential UAE-US deal. However, reports suggest Washington was actively seeking to maneuver past Israel’s opposition and strike a preliminary deal with the UAE by December.

Still, there are further obstacles for the potential sale of F-35s to the Gulf nation. The US’ own laws effectively prohibit sales of advanced armaments to nations of the Middle East except for Israel.

Washington’s foreign policy includes the so-called “qualitative military edge restriction,” that ensures Israel has superior military hardware in its arsenal which allows the US ally to fend off multiple adversaries at the same time. At the same time, the New York Times reported that Netanyahu’s objection to the deal is just a facade, as he privately approved the purchase.

Unlike the UAE, Qatar maintains ties with Israel’s arch-enemy, Iran, as well as the Palestinian militant group Hamas, thus making the chances of Tel Aviv’s acceptance of the potential F-35 deal even slimmer. 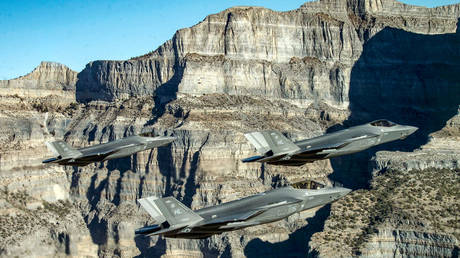 'Masterclass of the highest o...

‘He could have stayed’: Ronald Koe...