The social media company Facebook’s software development kit is thought to be the cause of current outages of several apps including heavy hitters such as Spotify and Tinder.

Swathes of users are currently having issues, with the problem thought to have stemmed from Facebook’s software development kit (SDK), which many apps use to manage user logins.

Although the exact cause of the crashes isn’t yet confirmed.

Facebook’s SDK is once again causing numerous iOS apps to crash on launch. If you’re still voluntarily putting code from a company that “moves fast and breaks things” into your app, then I would seriously consider not doing that 🙂https://t.co/TmkfFCN4fC

The problem looks to be only affecting iOS operating systems, with no problems reported by their Android counterpart as of yet.

Twitter users have been quick to illustrate the problem.

Is anyone else having issues opening…any apps on iPhone? pic.twitter.com/JjEkkojVWa

the spotify app whenever i try opening it pic.twitter.com/XaiSKkpbLy

I updated my app ,restarted my phone, deleted the app then downloaded it again and Spotify still won’t fucking open
I have to come to twitter to find out the whole fucking app shit itself
what the fuck I’m paying for
It’s 5am I need to listen to my music I fucking hate it here pic.twitter.com/ZKTP69eu1D

At the time of writing, 15,000 people have reported being unable to access Spotify, Pinterest, and Waze, according to Down Detector, a website that monitors service outages.

Facebook’s developer page is currently reporting ‘an increase in errors on the iOS SDK.’

In May, a similar problem occurred that brought down services for the best part of a day. Then, Facebook said in a statement that a change “triggered crashes for some users in some apps using the Facebook iOS SDK.”

The issue was resolved within a matter of hours, meaning that users today may be locked out of a lot of services for the remainder of the day. 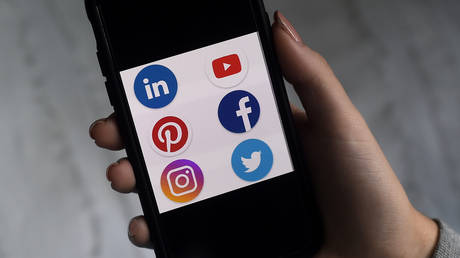