‘Nothing has moved’: No breakthrough in latest round of EU-UK post-Brexit talks, says Brussels

‘Nothing has moved’: No breakthrough in latest round of EU-UK post-Brexit talks, says Brussels

The latest round of negotiations between Britain and the European Union on their future relationship resulted in no breakthrough on key sticking points this week, an EU official has said.

“Nothing has moved,” an official involved in the talks told Reuters on Friday.

They cited some technical exchanges that “were not entirely pointless but nothing noteworthy on the topics that matter.”

As the UK and the EU continued talks on their relationship after a post-Brexit transition period runs out at the end of 2020, sources in Brussels expressed hope that a final agreement could be ready for an October 15-16 EU leaders’ summit.

On Thursday, diplomats were quoted as saying that the EU had so far rebuffed British calls for talks on a deal to allow London to send unwanted migrants back to Europe from 2021.

Britain is the first country ever to leave the EU, after 46 years of membership. The two sides are now negotiating a new partnership from 2021 on everything from trade and transport, to energy and security. Disagreements over state aid rules and fishing quotas have so far thwarted a deal.

Another stumbling block is the failure to agree on ‘level playing field’ rules, which are meant to prevent businesses in one part of the common market from gaining an unfair advantage over those in other parts.

The transition period is expected at the end of this year. However, a deal on the future relationship with the EU will need to be wrapped up by October to ensure it is ratified by that deadline. 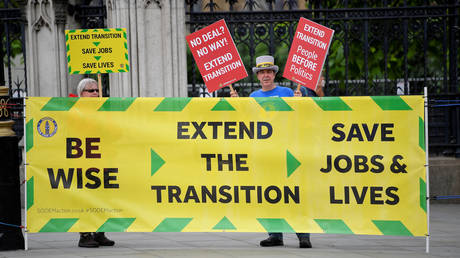