Not up to snuff: Thailand’s $1bn ketamine bust turns out to be cleaning agent

Not up to snuff: Thailand’s $1bn ketamine bust turns out to be cleaning agent

Earlier this month, Thailand’s drug control agency claimed it had landed the country’s largest ever ketamine seizure. Authorities have now been left red-faced after testing revealed the substance was actually a cleaning agent.

Justice Minister Somsak Thepsuthin was left in the embarrassing situation of having to explain that Thailand’s claim of having uncovered almost $1 billion worth of the party drug was a “misunderstanding.”

Thepsuthin said that a “technical error” in the field had led to the false claim. The problem was caused by the fact that the testing kits used, which turn purple in the presence of ketamine hydrochloride, reacted the same to trisodium phosphate – a common chemical which can be used as a stain remover and even a food additive.

“This was a misunderstanding that our agency must accept,” he said. “This wasn’t a mistake. It’s new knowledge.”

The seizure of 11.5 tons of white powder in hundreds of sacks was made on November 12 in a warehouse in south-central Thailand’s Chachoengsao province following a tip-off from Taiwan. Thailand’s Office of the Narcotics Control Board said it pointed to a multinational drug network.

However, further testing in a proper laboratory quickly blew that theory away, as all of the sacks tested so far have only contained the humble trisodium phosphate. 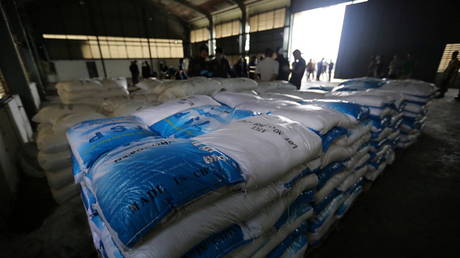