Not important what really happened, it’s more a question of who owns the narrative, filmmaker Werner Herzog tells RT

Not important what really happened, it’s more a question of who owns the narrative, filmmaker Werner Herzog tells RT

The filmmaker discussed the understanding of history with host Afshin Rattansi on RT’s Going Underground. They started with the role of Soviet troops in WWII, as Herzog said their “incredible sacrifice” is being “ignored because of political interests.”

It’s very much a question, not what are the facts… Today it’s not that important what really happened. It’s more a question of who owns the narrative. And occupying the narrative has created some sort of lopsided ideologies and lopsided information that we see every day.

“I do believe that the demonization of Russia is a very, very big mistake,” Herzog said.

Calls for the re-evaluation of historical events are particularly poignant today as massive protests for racial justice in the US and other Western nations are accompanied by the toppling and defacing of historical monuments.

Though the director supports the ongoing protests as “completely necessary and overdue,” he is skeptical regarding the actions against the statues that comes with the upheaval. People are formed by past mistakes and should learn from them, he said.

History doesn’t function by erasing the chronicles and toppling the monuments.

The protests in the US were triggered by the death of unarmed black man George Floyd by a white police officer in Minneapolis, Minnesota in May. Racial disparities have become “very evident” in the country, Herzog, who lives in Los Angeles, said, while “criminal justice is heavily biased.”

However, “only a very, very small fraction of American police is rotten and acts in a way it shouldn’t.” The director believes that the growing calls to ‘defund the police’ are misguided.

It needs to be reformed. That’s obvious. There is no doubt. Defunding it completely and replacing [the police] with boy scouts or vigilantes would be stupid. It doesn’t function like that. 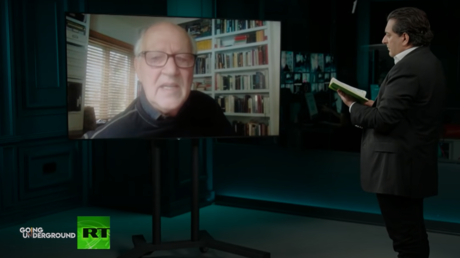