‘Not high risk’: Bubonic plague outbreak in China is ‘well managed’ – WHO

‘Not high risk’: Bubonic plague outbreak in China is ‘well managed’ – WHO

The reported outbreak of bubonic plague in Mongolia and China is not considered to pose a high risk, the World Health Organization (WHO) has said, adding that it is closely monitoring the situation.

The disease, notorious for devastating large parts of Europe, the Middle East and Asia throughout history, has been recently detected in Mongolia and has possibly spread into neighboring China. The outbreak has so far been “well managed,” a WHO spokesperson told journalists on Tuesday.

“We are monitoring the outbreaks in China, we are watching that closely and in partnership with the Chinese authorities and Mongolian authorities,” Margaret Harris said during a press briefing in Geneva.

At the moment we are not… considering it high-risk but we are watching it, monitoring it carefully.

Known as the ‘Black Death’ in Europe in the Middle Ages, the highly contagious bacterial disease has claimed tens of millions of lives throughout history and is responsible for at least three pandemics, the latest one in the 19th century.

Effective antibiotics and knowledge of how epidemics work turned it from a force of nature that could topple civilizations into a dangerous yet manageable infection.

Mongolia detected an outbreak last week after two people in the Khovd region tested positive for the disease, apparently after eating marmots, rodents that serve as natural reservoirs for the bacteria.

China identified a suspected single case of the disease in the Inner Mongolia autonomous region. 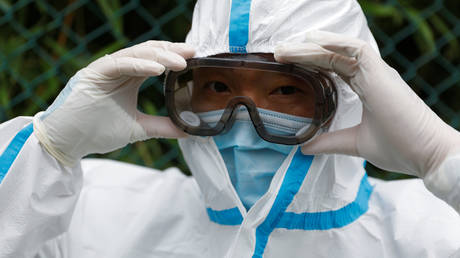