A trio of scientists have been awarded the 2020 Nobel Prize for Physics for their discoveries which deepened humanity’s understanding of black holes.

Roger Penrose, Reinhard Genzel and Andrea Ghez were unveiled as the newest Nobel winners on Tuesday. “The discoveries of this year’s Laureates have broken new ground in the study of compact and supermassive objects,” said David Haviland, chair of the Nobel Committee for Physics.

The trio will split the 10 million Swedish crown ($1.1 million) prize.

BREAKING NEWS:
The Royal Swedish Academy of Sciences has decided to award the 2020 #NobelPrize in Physics with one half to Roger Penrose and the other half jointly to Reinhard Genzel and Andrea Ghez. pic.twitter.com/MipWwFtMjz

Briton Roger Penrose, 89, was awarded his share of the accolade for “the discovery that black hole formation is a robust prediction of the general theory of relativity” or, in other words, for confirming that Einstein was right.

A close friend of Stephen Hawking, Penrose developed mathematical models to put Einstein’s Theory of General Relativity to the test, and, after much number-crunching, confirmed that black holes, “one of the most exotic objects in the universe,” form exactly as predicted.

Meanwhile, German Reinhard Genzel, 68, and American Andrea Ghez, 55, received their share of the prize “for the discovery of a supermassive compact object” at the centre of the Milky Way galaxy.

Genzel and Ghez cleared the dust away from the center of our galaxy and discovered several stars orbiting around an invisible, but incredibly massive object, roughly four million times the mass of our sun. From this discovery, came our now well-established understanding that all galaxies boast supermassive black holes.

On Monday, another trio of scientists were awarded the Nobel prize for physiology and medicine for discovering the hepatitis C virus. Other prizes to be announced over the coming days include the prize for outstanding work in the fields of chemistry, literature, peace and economics. 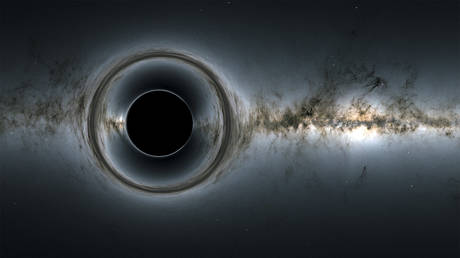