The organization has received the 2020 Nobel Peace Prize for its contribution to feeding the world and acting as a driving force in “efforts to prevent the use of hunger as a weapon of war and conflict.”

The Nobel Committee noted that there has been an upsurge in the number of victims of hunger due to the coronavirus pandemic. It was also remarked that the Nobel Committee recognized the link between hunger and conflict and commended the World Food Programme for its ongoing commitment to “bettering conditions for peace in conflict-affected areas”.

The World Food Programme – awarded the 2020 #NobelPeacePrize – is the world’s largest humanitarian organisation addressing hunger and promoting food security. In 2019, @WFP provided assistance to close to 100 million people in 88 countries.#NobelPrize

Two thirds of the WFP’s operations take place in war torn areas, where people are three times more likely to be malnourished. According to the WFP, on any given day, WFP has 5,600 trucks, 30 ships and nearly 100 planes on the move, delivering food and other assistance to those in most need. 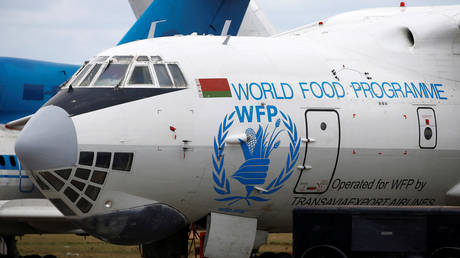 Iran is building a massive energy...