Irish Prime Minister Micheal Martin has said that failure to strike a trade deal with the EU will hit Britain badly, but London also has to “reassure” Brussels it intends to follow any future agreement.

Martin told the BBC that a breakdown in talks between London and Brussels would be “very damaging all around” and particularly “ruinous” for the UK, while Ireland would also suffer the consequences.

We’ve all had a very significant shock to our economic system because of Covid-19. The last thing we need now across all of our respective economies is a second major shock.

Britain officially left the EU on January 31 and now has till December 31 to negotiate a trade deal with the bloc.

The most contentious issue is the so-called Internal Market Bill which, if adopted, would give the UK the option to change certain parts of the withdrawal agreement it signed with Brussels earlier this year. The controversial provisions of the legislation were rejected by the UK’s House of Lords this week, but the government has said it will re-introduce them.

Officials in London argue that the legislation is necessary to ensure barrier-free trade between England, Scotland, Wales and Northern Ireland. The EU, meanwhile, insists that unilateral changes to the withdrawal agreement would be tantamount to breaking international law.

The UK also claims that the bill would protect peace in Northern Ireland. Martin, on the other hand, has said that failure to reach a trade agreement could potentially cause tensions there, although both sides previously signaled they would like to avoid setting up a hard land border between Northern Ireland and the Republic of Ireland, an EU member state.

The PM further stated that the bill was “creating niggling doubts” over whether the UK would even respect a trade deal with Brussels.

“That is the problem with it. And I think that’s why efforts have to be made to reassure the EU side that what has happened in terms of the Internal Market Bill is not going to happen in 12 months’ time in the event of a deal being agreed between the European Union and the United Kingdom,” Martin said.

Another hot point of dispute is fishing quotas, as the EU wants to retain its current level of access to British waters, while London seeks to increase its quota share. The two sides are also still debating the level of permissible state aid for national businesses, and environmental standards. 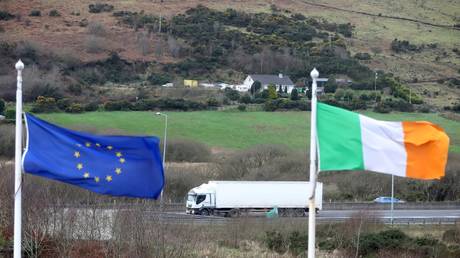 Leading tech companies call for to...

There’s a reason the Chinese econo...