The governor of Tehran province dispelled speculation of explosions that reportedly rocked the neighboring cities of Qods and Garmdareh, adding to a growing mystery over incidents that have hit Iran’s key sites in recent weeks.

Rumors that a series of blasts had occurred in the outskirts of Tehran and the nearby cities of Garmdareh and Qods have been swirling online since Friday morning. Some news outlets suggested that the missile depots of Iran’s Islamic Revolutionary Guard Corps (IRGC) located southwest of the capital could have been hit.

Later in the day, Leyla Vaseghi, governor of Tehran Province, denied that any blasts had occurred. She told local IRNA news agency that the reports of explosions “were not true,” but confirmed there has been a power outage – although it didn’t last long.

According to Vaseghi, the power went off for “a few minutes” and involved a hospital in Qods, a city of roughly 229,000 inhabitants named after Jerusalem (Al-Quds in Arabic).

The tight-lipped clarification and the reports themselves come after a series of incidents affected the locations, considered crucial to Iran.

The first of such incidents happened on June 26, when a gas storage facility in Parchin near Tehran sustained a mystery explosion. On July 2, a building at the Natanz nuclear enrichment facility was damaged in a fire of unspecified origin.

Authorities said they’d determined the cause of the mishap in Natanz, but refused to go into details. They confirmed, however, that the damage to one of the buildings at a key facility was rather severe. Yet, there has been no radioactive leak or contamination, according to the officials.

Days later, a large blaze erupted at Zargan power station in the southwestern city of Ahvaz. A fire department official blamed this incident on a transformer that exploded because of overheating.

While there has been rampant speculation that these incidents were caused by Israeli foul play, Tehran stopped short of pointing the finger at its arch-nemesis. Tel Aviv, for its part, also disavowed any involvement, with Defense Minister Benny Gantz pointing out that not every incident on Iranian soil “has something to do with us.”

Further muddying the water, he said, however, that Israel doesn’t sit idly while Iran’s nuclear program progresses – but it takes actions “that are better left unsaid.” 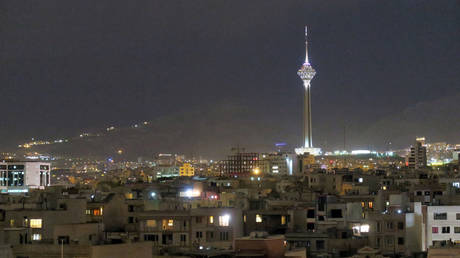