Night sky ‘no longer the norm’: Scientists say Elon Musk’s satellite network will permanently mar our view of the stars

Night sky ‘no longer the norm’: Scientists say Elon Musk’s satellite network will permanently mar our view of the stars

Clear, unobstructed images of the stars above will “no longer be the norm,” a group of US scientists warned, thanks to Elon Musk’s network of Starlink satellites. But Musk is not the only businessman who may blot out the sky.

Musk launched his Starlink project last year with a lofty goal: to bring high-speed internet access to the remotest corners of our planet, using tens of thousands of low-Earth orbit satellites (LEOsats) to ensure blanket coverage. To that end, he’s already fired several hundred of these devices into orbit, with the most recent launch – three weeks ago – seeing another 60 shot into the sky.

Scientists have already warned Musk that these satellites have clouded their vision of the heavens and interfered with their research. According to a new report by more than 250 scientists, astronomers, engineers and other stargazers, however, the change will likely be permanent.

“Nighttime images without the passage of a Sun-illuminated satellite will no longer be the norm,” read the report, published on Tuesday after a conference on the issue in July. The report’s authors include members of the National Science Foundation (NSF) and American Astronomical Society, and these space scholars foresee Musk’s network putting their research in danger.

Giant 30-meter telescopes, like those at Arizona’s Lowell Observatory and the Vera C. Rubin Observatory in Chile, “significantly enhance mankind’s understanding of the cosmos,” Lowell’s Jeff Hall said in an NSF press release, cautioning that clusters of communications satellites “could have serious negative consequences” for this research.

Musk’s starlink satellites orbit between 340 and 550 kilometers (210 to 340 miles) above the Earth, and therefore don’t interfere with observation during the night’s darkest hours. However, Musk is not the only billionaire with dreams of saturating the sky with satellites, and Richard Branson’s OneWeb project – which went bankrupt this year and was bought by the UK government and an Indian telecommunications consortium – plans on launching 48,000 satellites into orbit at 1,200 kilometers (750 miles). At this height, the report states that they will be illuminated by sunlight “all night long.”

The only way of saving the night sky, the report authors conclude, is to “launch fewer or no LEOsats.” This option, however, seems unrealistic, as Musk and his ilk have the law on their side. The US Federal Communications Commission has already signed off on Musk’s venture, and is weighing Branson’s proposal. No US law exists to safeguard the night sky, save for one prohibition on “obtrusive space advertising.”

Supranational groups like the International Astronomical Union can only make recommendations, while the UN’s International Telecommunications Union can pressure, but not force, the FCC to follow its rules. With the FCC’s green light, the new space industrialists can ultimately choose whether or not to listen to astronomers and scientists, at least for the time being.

The scientists’ other recommendations include restricting deployments to below 600 kilometers, controlling their position to avoid reflecting sunlight back to Earth, and darkening their reflective surfaces.

SpaceX – Musk’s company – has already promised to paint its satellites black and to twist their solar panels away from the ground below to reduce reflectivity. However, radio telescopes will still pick up their presence, and with tens of thousands of the mini-satellites in the sky, scientists fear they may be impossible to work around.

“If the 100,000 or more LEOsats proposed by many companies and many governments are deployed, no combination of mitigations can fully avoid the impacts” on astronomy, the report declared. 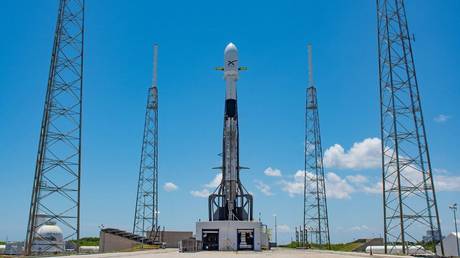 Grand theft agua: Up to HALF of wo...