A freshly detected asteroid has been put straight onto the European Space Agency’s ‘risk list’ as calculations forecast that it could smash into Earth in 10 years.

The agency detected the space rock this week and immediately added it to the list of potentially hazardous near-Earth objects, as calculations predict that it may hit our planet on August 31, 2029.

The data indicates that the object, known as 2020 PG6, will be traveling at an average speed of over 46,000kph as it races towards Earth. Thankfully, if the asteroid does stray into Earth’s path, it’s unlikely to cause a significant amount of damage as it only measures about 14 meters in diameter.

However, the object is a similar size to the Chelyabinsk meteor which exploded above Russia in February 2013. The comet was just 18 meters in diameter, but was still sizable enough to cause significant localized damage to thousands of buildings in the area.

Scientific investigations into the dramatic explosion found that the energy released by the blast was equivalent to about 30 atomic bombs.

The space agency says that the odds of 2020 PG6 hitting Earth in 2029 are one out of 416, making it one of the asteroids with the highest chances of colliding with Earth on the risk list.

Astronomers will learn more about the newly detected asteroid when it travels past our planet on September 2. During the upcoming flyby, the space rock will come no closer than around 1.4 million miles from Earth so there’s no reason for alarm. 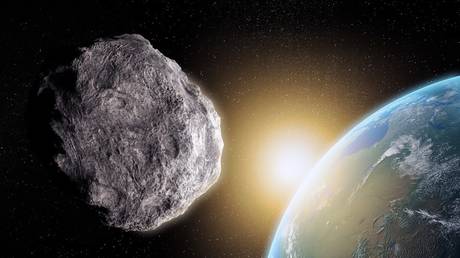