New Zealand Prime Minister Jacinda Ardern has fired back at Donald Trump for suggesting that her country is struggling to cope with Covid-19, arguing that the United States has fared far worse during the health crisis.

The US president told supporters during a campaign stop in Minnesota that New Zealand was suffering from a “terrible” resurgence of the disease.

“‘They beat it, they beat it.’ It was like front page, they beat it, because they wanted to show me something. The problem is, big surge in New Zealand… it’s terrible,” Trump said.

His provocative comments caught the attention of Ardern, who dismissed the US leader’s remarks as “patently wrong.”

The South Pacific nation confirmed thirteen new cases on Tuesday, bringing the country’s total number of cases to 1,293, resulting in 22 deaths. In contrast, the United States has registered more than 5.2 million cases and 170,000 coronavirus-related fatalities.

New Zealand reimposed lockdown measures in Auckland after several new cases were discovered. Before that, the country had gone more than 100 days without any detected community transmission of the illness. The government has raised eyebrows with its heavy-handed response to the handful of new cases, even going so far as postponing the country’s general election, originally set to take place on September 19, to October 17. The move sparked comparisons between Ardern and Trump, who himself floated the idea of delaying November’s presidential election so that Americans could “properly, securely, and safely vote.” 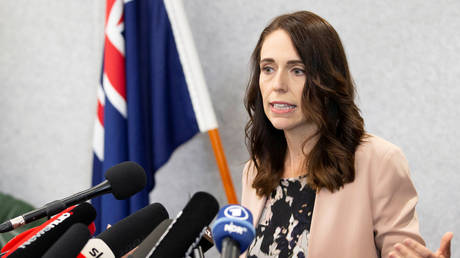