A “severe” 7.3 magnitude earthquake struck 85km (52 miles) east of New Zealand’s North Island at about 2:27am local time, according to the country’s seismological agency. A tsunami warning has been issued.

New Zealand’s National Emergency Management Agency has ordered people near the coast to move to higher ground if they feel a “long or strong earthquake,” adding that the emergency advice supersedes any Covid-19 orders.
The Pacific Tsunami Warning Center also urged caution, declaring in a statement that “Hazardous tsunami waves from this earthquake are possible within 300km of the epicenter along the coast of New Zealand.”

Information about casualties and other damage has not yet been made public, though reports from New Zealanders on social media were dire, with one user calling it “the largest earthquake I’ve felt in Auckland, in the 22 years I’ve lived her[e].”

By far the largest earthquake I’ve felt in Auckland, in the 22 years I’ve lived her 😬

The quake which struck at a depth of about 94km hit less than a day after an earlier earthquake struck 414km east of Auckland, centering at a point 10km beneath the surface at 6:57pm local time. 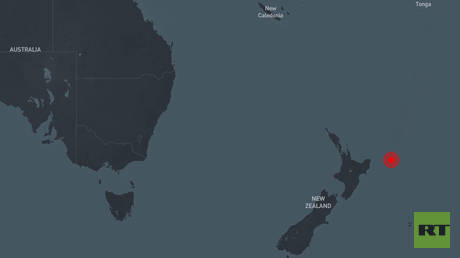 Bitcoin will replace ALL global cu...