Hungary’s government spokesperson Zoltan Kovacs has accused the EU of “blackmail” and of “executing the Soros Plan” after the European Parliament reached agreement on the bloc’s 2021-2027 budget and €1.8-trillion recovery package.

The European Parliament and EU government negotiators reached a deal on Tuesday after four months of talks, although the agreement could suffer some hitches when it seeks formal approval by the 27 member states, given previous reservations expressed by Poland and Hungary.

Following the conclusion of talks, Kovacs published an article via the PM’s International Communications Office accusing the EU of “executing the Soros Plan” by trying to give the parliament the power to “blackmail and pressure dissenting member states to fall in line.”

It’s official: The EU is executing the #SorosPlan. The “rule of law mechanism” is merely a new instrument in the hands of the @Europarl_EN’s liberal, pro-migration majority to blackmail & pressure dissenting member states to fall in line. https://t.co/tE5fFMQN67

Prior to the budget being agreed, Hungary and Poland, who have come in for EU criticism for undermining the independence of their judiciary systems, had expressed their opposition to a condition in the budget that makes clear countries can only receive money from the EU if they observe the rule of law.

Budapest has also been at odds with the European Commission after the latter launched an infringement procedure against the state over its migration-related regulations.

In a recent interview, Hungarian PM Viktor Orban claimed that “George Soros wrote it four years ago that those countries that refuse to let migrants in should not receive EU funds.”

On a similar note, last month, Poland’s Deputy Prime Minister Jaroslaw Kaczynski said that if the EU proceeds with the budget and its associated conditions, “there will be a veto,” as the government will “firmly defend Poland’s vital interests.”

Germany currently holds presidency of the EU, and its Permanent Representative Michael Clauss has defended the budget deal as a “well-balanced” agreement that “addresses the issues” raised by the European Parliament and respects the guidance received from the European Council.

Ambassador Clauß cont.: „This is a well-balanced #EUbudget package deal, which addresses the issues raised by the @Europarl_EN while respecting the guidance received from the European Council in July.“ #EUCO 2/5 pic.twitter.com/6Vn2Xy2XBA 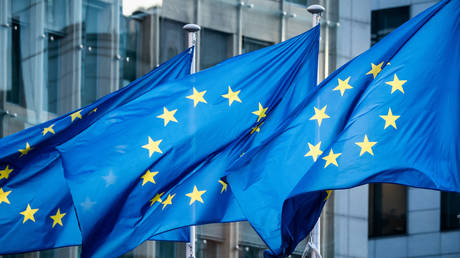