New Caledonia has voted against breaking away from France, according to full provisional results. Support for independence in the South Pacific island territory is growing but is still not strong enough to secure full autonomy.

Those opposed to independence prevailed with 53.26 percent of the vote, compared to the 46.74 percent who wanted New Caledonia to become a sovereign nation, France’s overseas ministry said.

French President Emmanuel Macron welcomed the results and expressed his “gratitude.” He said earlier that France would be “less beautiful” without New Caledonia.

Locally, the referendum produced some interesting results. For example, the territory’s Loyalty Islands voted overwhelmingly for independence from France.

The referendum was held as part of a decades-old de-colonization plan that ended civil strife between the indigenous Kanak population and the descendants of European settlers in the French territory.

Although a ‘No’ majority was expected, the participation rate was five percent higher than an identical vote in 2018. In that referendum, those who wanted to remain with France prevailed with 56.7 percent of the vote.

A relic of France’s colonial holdings in the South Pacific, New Caledonia was claimed by the French in 1853 and is currently home to 280,000 inhabitants.

Another referendum can be held in 2022, provided the move is supported by at least one-third of the territory’s legislature. Although the ‘No’ campaign has now prevailed twice, support for independence appears to be steadily increasing. 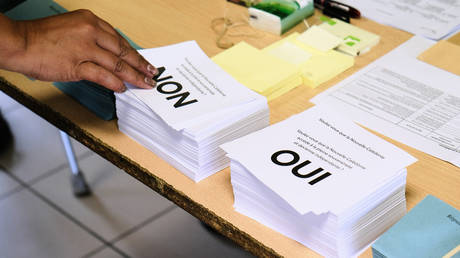