The Dutch government has said it will file a suit against Russia at the European Court of Human Rights (ECHR). It alleges that Moscow played a part in the downing of Malaysia Airlines flight MH17 over eastern Ukraine in 2014.

Achieving justice for the 298 victims of the tragedy, two thirds of whom were citizens of the Netherlands, “is and will remain the government’s highest priority” and by going to the ECHR it’s “moving closer to this goal,” said Stef Blok, the Dutch foreign minister, as cited by his ministry’s website.

The ECHR will be handed “all available and relevant information” about the downing of the Malaysian Boeing 777 from the Netherlands.

The Dutch government said it “attaches importance” to continuing meetings with Russia on the matter of state responsibility in order to find a solution that “does justice to the enormous suffering and damage” caused by the crash six years ago.

Moscow, which denies any involvement in the downing of MH17, maintains that it’s also interested in establishing the truth about what happened to the ill-fated flight through a thorough and impartial investigation.

The Dutch-led probe by the Joint Investigation Team (JIT), which found that the plane was downed by anti-Kiev rebels who received a BUK air defense system from Russia, is regarded by Moscow as politically biased.

Russia wasn’t invited to participate in the JIT, despite it including Ukraine, which had been fighting units from the self-proclaimed People’s Republic of Donetsk and Lugansk in the area and had all the means to bring the plane down.

The probe, according to Moscow, also ignored a batch of data on the crash that Russia was willing to provide, instead largely relying on Ukrainian evidence and information from open sources, like videos posted on social media.

The case lacked crucial data from Ukrainian radars as Kiev claimed they somehow weren’t operational on the day the plane was hit. The US, which was the first to pin the blame on Russia, also refused to disclose its satellite photos of the area, citing national security concerns.

However, the Russian side of the story will finally be heard at the trial in absentia of the four anti-Kiev fighters who are accused of shooting the plane down. The hearing is now underway in the Netherlands. Last week, the judge agreed to examine evidence from Russian arms manufacturer, Almaz-Antey, which produces BUK missile systems, among other items.

Following a range of experiments in 2015, the company concluded that MH17 was shot down with an older version of the BUK missile that’s no longer used by the Russian military, but remained in service with the Ukrainian armed forces.

Almaz-Antey also said that the damage on the Boeing’s debris indicated that the missile which struck it could have only been fired from the area controlled by the Ukrainian forces, not the rebels.

The court in the town of Badhoevedorp also said it was reasonable to seek disclosure of US satellite photos after all. A senior Dutch investigator was allowed to take a glance at the images, but has not yet been questioned in the trial. 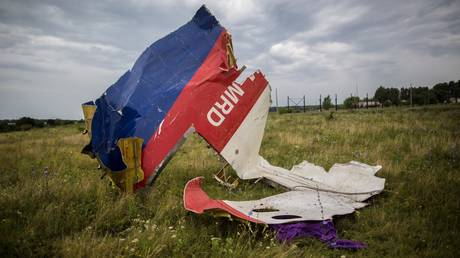