A new study has found that the very mutation which allowed SARS-CoV-2 to spread so far and wide among the human population may also be an Achilles heel for future vaccines to target.

One of the latest strains of coronavirus, and currently the most common in the world, is called D614G.

Through tests on hamsters, researchers at the University of North Carolina at Chapel Hill and the University of Wisconsin-Madison have discovered that this particular strain replicates faster and spreads more easily than the original variant, which emerged in China at the beginning of the pandemic.

D614G outcompetes and outgrows its Chinese ancestral strain by about 10-fold, courtesy of its spike protein’s enhanced infiltration ability, which allows the virus easy access to human cells.

According to a recent study published on November 12, the disease caused by D614G was found to spread faster but didn’t result in more severe cases, while also being slightly more sensitive to medication including antibody treatments.

Yoshihiro Kawaoka, a virologist on the faculty at the University of Wisconsin-Madison, ran a series of experiments using the original and mutated variants of the coronavirus on hamsters, to study both the severity of resulting symptoms after infection and the infectiousness of individual strains.

Two groups of hamsters were inoculated with each strain of the virus, and then uninfected animals were placed in nearby cages, with shared air supply.

The mutant virus spread to six of the eight newly introduced hamsters within two days, while the original virus strain hadn’t transmitted to any hamsters by day two but spread to the entire group by day four, highlighting the different pace of infection.

Now, however, researchers suspect that this increased infectiousness may in fact be a double-edged sword which could prove to be coronavirus’ undoing.

The D614G mutation opens a small access port on the tip of one of the coronavirus crown’s spikes, increasing the rate of infection but leaving the virus core exposed – easy pickings for antibodies, such as the ones contained in the current generation of vaccines.

Ralph Baric, professor of epidemiology at the UNC-Chapel Hill Gillings School of Global Public Health, who was previously involved in the development of the remdesivir antiviral drug, says that the unpredictability of coronavirus mutations necessitates ongoing study.

He warned that, especially in light of the newly discovered mink SARS-CoV-2 cluster 5 variant in Denmark, studies into the exact mechanics of each mutation are necessary to maximize public health. 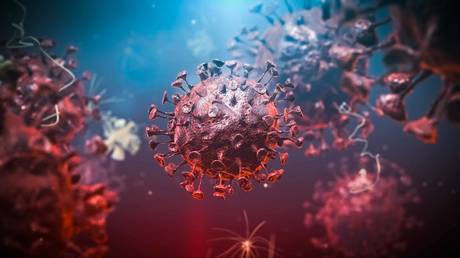