A hotel in Marbella, Spain has been evacuated and multiple injuries have been reported after a huge fire broke out in the early hours of Friday morning.

The blaze erupted shortly after 6am local time, amid multiple reports of flames reaching high above the Sisu Boutique Hotel. Eyewitness footage captured the intense inferno as it consumed the building.

Firefighters and other first responders arrived quickly on the scene and set up a security cordon as they battled to save the building. They managed to successfully quell the fire before it could completely incinerate the hotel and another nearby structure.

Marbella Mayor Angeles Munoz thanked first responders for their lightning fast response in controlling and extinguishing the blaze before it could spread and wreak further havoc.

While there have been several injuries reported in the fire, officials have yet to confirm the condition of those affected. It is not believed that any are in life-threatening condition at the time of writing. 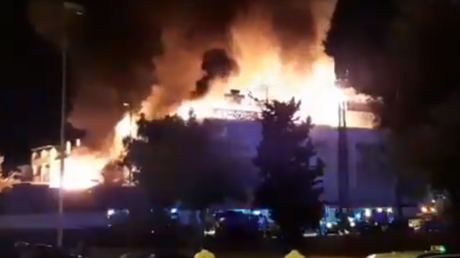