Moscow dismisses claims of ‘nuclear leak’ in Russia after increase in radioactivity over N. Europe

Moscow dismisses claims of ‘nuclear leak’ in Russia after increase in radioactivity over N. Europe

Reports of slightly elevated radiation levels over Northern Europe were blamed on Moscow by Western media – accusations that appear to stem from a botched translation. The Kremlin says Russia has registered no nuclear incidents.

“We have an absolutely advanced radiation levels safety monitoring system and there are no emergency alarms [that went off],” Kremlin spokesman Dmitry Peskov told reporters on Monday responding to the allegations of a nuclear incident on Russian territory.

State nuclear energy agency Rosatom also said that all the readings reported by its monitoring systems remain within the normal range.

A slight increase in the levels of radioactivity over Northern Europe was detected by several monitoring stations in Finland, Sweden, and Norway in the first half of June. The spike was later acknowledged by the Comprehensive Nuclear-Test-Ban Treaty Organization (CTBTO).

The CTBTO said the increase was not harmful to people. The organization’s executive director, Lassina Zerbo, tweeted that the isotopes “most likely” came from a “civil source.” The organization also shared a map of the area where the source of radiation might have been located. The marked area covers parts of Sweden, Finland, and Russia.

It did not take long for the blame game to begin, with Moscow seemingly being assigned its usual role of scapegoat.

The Dutch National Institute for Public Health and the Environment (RIVM) said on Friday that the composition of the nuclear elements indicates an “incident involving a fuel element of a nuclear reactor.” The initial version of the report, published in Dutch, claimed that the radiation came “from the direction of Western Russia.”

The claim was swiftly picked up by Western media, with many outlets interpreting the report as all but certain proof that the mysterious nuclear “event” could be traced back to Russia.

When the media and internet were already rife with speculation, the RIVM amended the original report. Blaming a “mistranslation” for the confusion, the Dutch researchers said it was impossible to determine the exact source of the radiation.

The now revised report (which has since been translated into English) states, rather vaguely, that based on “calculations,” they believe that “the arrival [of isotopes] at the measuring stations took place from a South East direction.”

“The possible source location, therefore, covers a large area, and a more specific location for the source cannot be determined owing to the limited number of measurements,” it now reads.

While downplaying its report of the alleged Russian trace in the newest nuclear mystery, the RIVM could not resist patting itself on the back for being “able to locate the source more accurately” in a “similar situation” in 2017. Back then, a large increase in ruthenium-106 levels was detected in the air over several European countries. Despite any actual proof, many were quick to blame Russia, claiming its Mayak nuclear facility, located in the Urals, was behind the leak. Moscow did not report any nuclear incidents at the time, suggesting instead that a derelict satellite that burned up in the atmosphere might have been behind the radioactive scare. 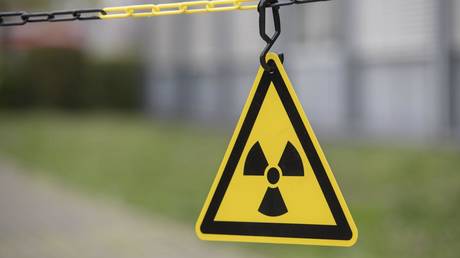 ‘No doubt’ India was behind attack...